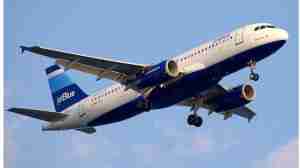 Travellers scheduled to fly to or from airports in Europe on 10 October are advised of possible flight cancellations and delays on the day due to a planned strike by the air traffic controllers’ union ATCEUC. However, precedent suggests that pan-European industrial action is rarely equally observed across the continent, if at all, and some countries may not experience any disruption. It is also possible that the threatened strike may be called off in the interim following negotiations.

The strike, which, should it proceed, would be the largest held by the union for more than a decade, is being organised in protest at a European Commission proposal to restructure European airspace as a ‘single space’, a move air traffic controllers allege would threaten their jobs and passenger safety. The timings of the walkout have not yet been announced; the form and duration of the strike is likely to vary from country to country due to variations in domestic labour laws. Industrial action may also be taken on the day by British air traffic controllers, who are not part of ATCEUC.