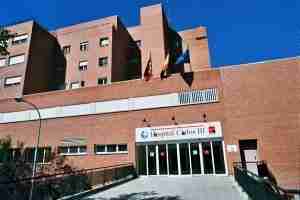 The number of patients being monitored for Ebola symptoms in Madrid is now 100. Fifteen are high-risk contacts and a further 83 are under active vigilance at home. None of these people are showing any symptoms of the virus. Some of the people being monitored had interacted with the infected nursing assistant Teresa Romero during the six days that she was presenting symptoms of the virus. Others worked in the medical centers where she was treated, and others are neighbors who live close to Romero in Alcorcón, Madrid. Government medical expert Fernando Rodríguez Artalejo had stated that the only person in Spain who can transmit Ebola at this time, is Teresa Romero. Everyone else who has been exposed to the virus shows no signs of it, thus, in his words, “we are in a state of total calm”.

Ms. Romero’s condition is stable but serious. However the good news is that every day that passes her immune system is developing antibodies against the virus, and the amount of Ebola virus in her body is diminishing. Medical authorities are reportedly “cautiously optimistic” about her chances of recovery.

Dr. Rodríguez Artalejo explained that the current Ebola contagion will officially end on October 27th, when Romero’s contacts have passed the 21-day incubation period without developing the disease.

Medical authorities are trying to transmit a message of calm about Ebola, reminding the public that it’s actually extremely hard to catch the virus, since you can only contract the disease by coming into close contact with the body fluids of an infected person.