I decided to study abroad in Spain because I didn’t think I was emotionally ready to go to Chile. Between the cultural difference and physical distance, Santiago seemed like a distant reality and I wasn’t sure if I had the right mindset to be successful so I decided to study in Madrid. I thought, “It’s Western Europe, how different could it be?” And now that I’ve been here for a month… think New York City’s sweeter cousin who also likes to stay out late but is friendlier and will talk to strangers and is true to heart meat and potatoes kind of guy. Because that’s about as accurate of a description of Madrid as I could give. If you didn’t know better, you’d think you were in NYC (ignoring the language difference.)

This description held up for my first few moments in Spain until I realized that I wasn’t in my own element anymore. Within the hour of landing, we needed to call the transportation van company because their pickup podium was closed at 6:30AM and according to the sign on the podium, they didn’t open until 8:30AM. Since our cellphone service wasn’t active yet, we needed to use a pay phone… now if you want to make someone feel stupid, have them stand at a pay phone for 15 minutes putting in random coins and fumbling through directions trying to place a call. At the age of 20, I felt really incompetent and this is coming from the boy who as a child called the police just to have a conversation (around age 6?) So yes, after our 15 minutes of fumbling and the help of two Spaniards we were able to successfully call the company who told us “We don’t open until 8:30AM so you’re gonna have to wait for the first van.” Fantastic.

That was the moment I realized I was strapped into the rollercoaster and we started climbing the hill and there was no “escape” button. Here are a list of random observations I made: (NOTE: I said observations because the next logical step is to make a judgement which may or may not be true. So I’m attempting to construct a list of impartial observations.)

-90% of the Spanish diet includes the following foods in order of importance: eggs, potatoes, olive oil, jamon, olive oil, onions, garlic, tomatoes, and tuna. Oh, and salt!
-People are a lot more willing to talk to strangers but not necessarily let them into their inner circles of friendship as easily.
-The concept of time ebbs and flows a lot more than in the US. Professors are late, stores open less promptly and often close for the midday siesta.
-In conversation, the follow-up question to “what’s up?” is not “so what do you do?” because your job or studies don’t define you.
-The basis of all local coffee is espresso. Yes, Starbucks is still available but why when you could get the same amazing drink (except drip coffee) for €1.5
-Waiters don’t come around and ask you how you’re doing or if they can get you anything 3-4 times like in America.

You’ll notice a lot of my observations are about food and that’s because I’m an amateur baker and foody. I spend a lot of my time learning about the anthropological foundations of regional diets and then get hands on and go restaurant hopping. One of my friends had a ramen craving and not knowing any better (foreshadowing!!!) and we went to try a popular Madrid ramen bar so this is a restaurant review! 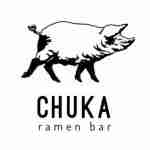 Shrimp chips with edamame puree: The standard appetizer for the establishment was probably the highlight of the evening. The waitress brought a basket of shrimp crackers and a serving of what I believe is edamame puree that was a creamier version of hummus topped with scallions and fresh cracked black pepper. From the very first bite, we were hooked and ended up asking for a 2nd basket. Individual taste: 5/5. Individual presentation: 4/5.

Sausage and chive gyoza: The serving of six dumplings are panfried and topped with crisps. Honestly, they were mediocre dumplings that fell apart after biting into them because they didn’t have enough egg to bind them together. The flavor was one dimensional like there was only sausage and chive— it would have been nice to have added sesame oil, sautéed mushrooms, or vermicelli to bolster texture and flavor. Although the plating was beautiful, the crisps were too fragile to actually eat and added nothing. Individual taste: 3/5. Individual presentation: 4/5.

Tantanmen ramen: The menu said “Sichuan style ramen in a spicy broth, fried fatty pork, bok choy, enoki mushroom, scallions, and an egg.” The moment the waitress put my bowl down I was disappointed because I could tell the broth wasn’t hot enough. I’m all for a thick buta ramen with creamy broth but this broth was congealed and barely look warm. And after my two friends and I each added several teaspoons of broth, it still was flat and flavorless. The enoki mushrooms were a nice thought except the broth wasn’t hot enough to wilt them whereas the bok choy was so overly cooked down I had mistaken it for baby food. The pork was a slice of belly that was pan fried crispy which was the best element the ramen had to offer. The soft-boiled egg was soaked in a marinade for flavor but was so overwhelmingly one dimensional and tasted of just soy. I personally would have added mirin or sugar to cut the saltiness. Individual taste: 1.5/5. Individual presentation: 3/5. 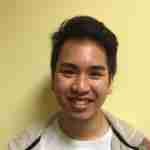 In a gastronomically homogenous city with very few Asian immigrants, Chuka is a half-hearted attempt at introducing ramen to Madrid. Although the aesthetic and vibe of the restaurant were compelling, there were too many underwhelming or disappointing elements of the cuisine to make the experience worthwhile especially when paired with a pretty penny of a price tag for relatively cheap food to prepare.