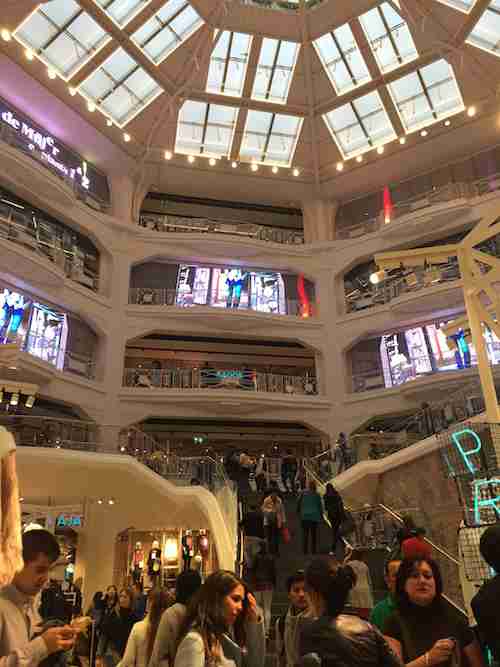 I don’t like shopping and truthfully, my mother buys most of my clothing and half of my closet is made up of her old t-shirts. In high school I used to wear my mother’s old khakis (probably with paint stains on them) rolled up like capris with black ankle boots and one of my mom’s old white t-shirts (probably with holes in it). I was rocking some sort of aesthetic I’m trying to return to. Anyways, I hate shopping. Even so, I went to Primark on Gran Via for you guys and it was kind of awesome.

If you have been anywhere near Madrid for the past month, then you may have noticed brown paper bags that have “PRIMARK” written on them in bright blue letters. You may have even seen the line to enter the store that wraps around the corner. A couple of weeks ago my host sister returned breathless to the apartment with four large bags in her hands. She had gone to Primark, spent three hours there and apparently gotten a whole new wardrobe.

Some background information
Primark is an Irish clothing retailer with stores all around Europe. It can be compared to the American clothing retailer, Forever 21. The clothing is relatively low cost and the fashion is so trendy it hurts. So when a five-floor store opened in the busiest shopping center of Madrid, it was an almost guaranteed hit. 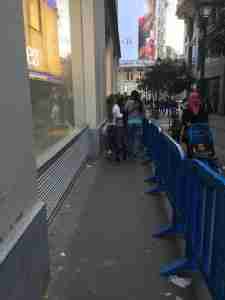 Timeline of my visit
November 1, 2015
16:19 Waiting in a line that wraps around the corner of the building. There are royal blue barriers and several security guards making sure everyone stays orderly. There’s a three-year-old child in front of me with two women and he slaps their butts as a joke. The line is moving quickly however, and within five minutes I am inside the store. I am convinced the line is a publicity stunt and it’s working.

16:22 I am inside and it’s incredible. I’ve been to the Forever21 in Times Square, but this is nicer. There are recordings of birds chirping in the background. Oh, and there are so many people. 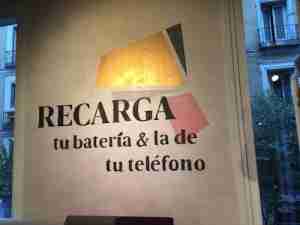 16:25 I discover the phone charging station. Whoever designed the store expected you to be there so long you would need to charge your phone.

16:31 I make it to the third (?) floor and it’s immediately my favorite. The entire floor is sweatpants, underwear and pajamas. I find some Olaf (the snowman from Frozen) slippers and seriously consider buying a pair.

16:55 I leave because I have to finish up some homework. 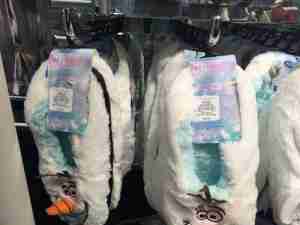 By the end of my tour of Primark, I left with a massive scarf that could double as a blanket, black tights and a long-sleeve shirt that cost me three euros. There were lots of great deals in Primark and it’s definitely budget friendly. I was practically obligated to buy that long-sleeve shirt. As far as quality, it’s on the same level as Forever21. In regards to fashion, Primark doesn’t differ much from 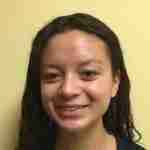 H&M, Zara or Pull & Bear (stores popular in Spain.) In the end, Primark is worth a trip. The line looks dramatic, but you’ll likely be inside the store within five minutes. Don’t expect anything distinct from other stores on Gran Via, but it’s interesting to wander around for a while. Check it out and let me know if you think it’s worth the hype!