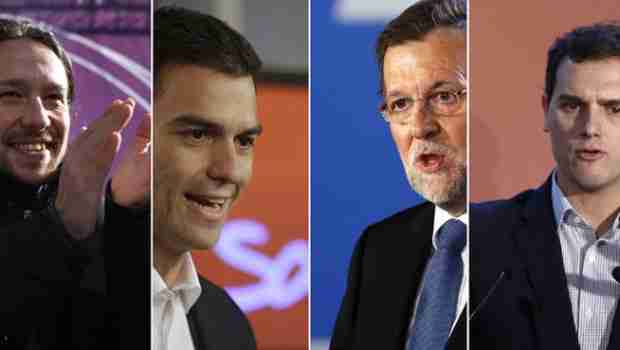 Even though it feels like we only just got here, it’s setting in that we’ve only got about a month left of our time in Madrid before we get on a plane and head back to the United States. Despite only having been here for about two months, I think any one of us from our program would tell you that we’ve already learned so much about Madrid and the rest of Spain through our experiences and interactions here (although there’s always more to learn).

A topic that has never failed to come up in conversations with the madrileños that I’ve talked to is politics. Apart from my Tres Culturas class on Spanish religious history that I blogged about last week, I’m also taking a class at the Tufts-Skidmore Program Center called Is Spain Different? This course looks at and analyzes Spain’s progress with regards to its transition to democracy after the end of an almost forty-year dictatorship under the Spanish Military General Francisco Franco. Through this course, we’ve learned about Spanish political culture and the Spanish’s attitudes towards democracy, the economy, politics, and other parts of life that the government is involved in.

We’ve also gained insight on rising political attitudes from across the country. Two noteworthy phenomenons that have stood out to me because of how unique they are to foreign eyes are the Spanish 15-M movement (and the subsequent political party that has built on the movement’s momentum) and the Catalan Independence Movement. 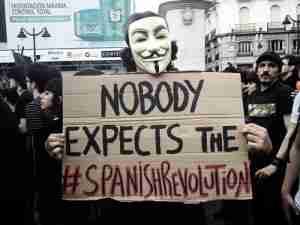 Movimiento 15-M, sometimes also called the movement of the indignated, began on May 15, 2011. Through various protests and demonstrations across the country, the movement’s platform calls for radical changes in the Spanish political system, which they claim has failed the Spanish at the expense of protecting Spanish elites. Although the movement reached high levels of popularity amongst Spanish youth (understandably so considering the economic climate they’ve inherited), we learned that the movement was (is?) noteworthy because it has crossed traditional social and partisan lines and resonated with people across all age groups, income level, gender, employment status, and level of urbanization (Sampedro y Lobera, 4). This is also different from the Occupy movement that occurred in the United States a few years ago because its successful protests allowed an entirely new political party to be formed in the country called PODEMOS (meaning “we can”). Although PODEMOS has started to see a decline in support, its existence is part of a larger narrative of discontentment with Spanish politics-as-usual, and I think that it is incredible to be living in Spain during such a pivotal moment in its political history.

Similarly, the movement for the establishment of Catalan as an independent nation has been a popular discussion topic wherever we go. It seems that everyone has an opinion on whether the small Spanish province— which developed its own unique Romantic language called Catalan that is spoken by millions of people around the world—should be allowed to become its own country. I have heard opinions on the topic that have ranged from “no, they need to stay in Spain!” to “to hell with them, let them see how bad independence would be!” The issue is more complex than wanting independence solely for independence sake, but this class has opened my eyes to the fact that every country really does have its own unique set of problems that it has to address. I’ve seen 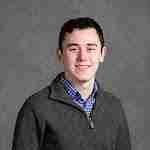 that there are problems that are being seen across the globe—economic uncertainty (especially amongst the youth), disapproval of politics, and all the other topics that fueled Occupy, 15-M, and similar protests in other countries—while there are also local and national issues that are arguably just as important that nations also have to deal with. As I continue my studies in International Relations here and back at Tufts, I feel like living in Spain has helped me visualize and contextualize the role of government and the spirit of political participation. I am now more motivated than ever to gain new perspectives on these issues to expand my understanding of approaches to politics.