KATIE WOLFE- Around two months ago I arrived in Spain, alone, ready to take on solo traveling and a semester abroad. I decided to give myself three weeks before the start of the Tufts-Skidmore Spain program to travel and WWOOF on a farm in Sevilla. During that time I was able to settle into the Spanish way of life and prepare myself for the semester to come. Since then my time here has been filled with incredible experiences that could fill the pages of an entire book, but every encounter I’ve had has been overshadowed by one completely unavoidable thing, the language. Simple tasks such as navigating the local bus system or asking for directions now required much more mental energy. These types of small interactions, however, have not been the hardest things for me to adjust to. Here in Spain I’ve become wholeheartedly aware of how much of my personality is conveyed through speech. Many of the things that define my identity at home, jokes, mannerisms, and general way of speaking are completely lost at my level of speaking. At first this frustrated me quite a bit but I’ve learned that there are many other aspects of my identity that can be conveyed without words.
Initially the language barrier was quite intimidating. In my first week many people couldn’t really tell where I was from so I was greeted in Spanish that was much too fast to me to even begin to comprehend. In those moments I would tense up and either fumble for a reply in Spanish or, if the situation allowed, just say “ Vale!” and leave it at that. A perfect example of one of those moments occurred when I was working on a farm in Sevilla. 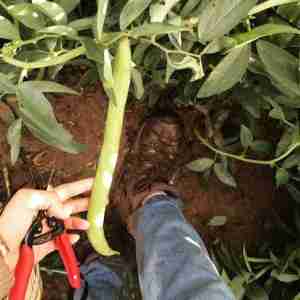 David and Joaquín were a pair of brothers that worked on the farm alongside the other wwoofers. They were both from Sevilla and had incredibly thick accents that made me question if they were actually speaking Spanish. Every day either one of them would tell Ori, the other wwoofer, and I what produce we had to pick for the day. One morning Joaquin told me to go down to the lower gardens and pick broad beans or “habas” for the orders we needed to fill that day. Between my hazy morning daze and Joaquin’s thick Sevillano accent I had only understood that I should go pick habas. I told him “Vale!” and headed down to the garden with my baskets and clippers.
Two and a half hours later with two full baskets of habas, a sore back, and jeans soaked from the morning dew, I proudly told Joaquine that I had finished. At first he looked at the baskets with wide eyes and then began to laugh. He then explained that we only needed 750 grams of habas and well…. I had about 4 kilos. In we were able to save the extra habas for another day, but had learned two very important lessons: Counting in Spanish above 100 is indeed useful and always wear waterproof pants when picking habas. 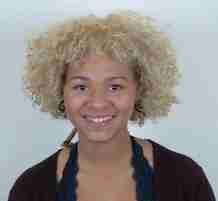 As the weeks have gone by I’ve started to see myself progress in the language. I’ve shed the initial fear of speaking and “poco a poco” increased my vocabulary. The thing I miss the most about being able to communicate fluidly is the ability to makes jokes and express sincere and strong emotions among friends. These two aspects of the language have yet to come to me. It’s a very vulnerable feeling when your identity has essentially been wipes clean. You have to re-construct it in a new language, with new people, in an entirely different cultural context. As I continue to develop what it means to be “Katie Wolfe” in Spain I can feel bits and pieces of my personality shining through despite the language barrier. It’s an especially good day when I can make someone laugh, but the most important thing is that you must keep trying. I like to look at is as an opportunity to analyze who I am and most importantly… GROW.