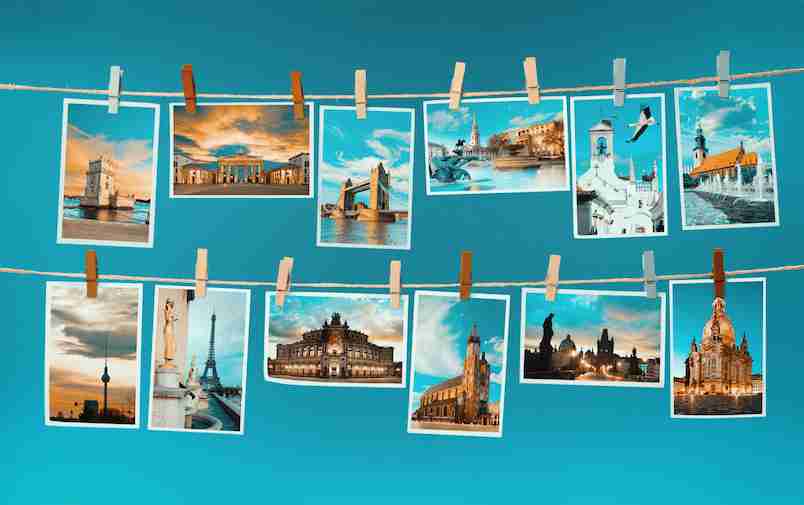 JOANNA DIMAS- There is only one way to describe my spring break: crazy. I visited four cities (Paris, Amsterdam, Venice, and Rome) in less than eleven days. This was by far the most memorable spring break of my life. So much happened in each city with four of the greatest women who have made my experience abroad amazing.
Our first stop was Paris, and I fell in love with the city. The atmosphere was a bit hectic, but everything I saw was beautiful. The Eiffel Tower was just as eye-opening as I imagined it would be and it was even more beautiful at night. I also had the opportunity to visit The Louvre, Museé de Orsay, Arc de Triomphe, Tuileries Garden, and The Palace of Versailles. Not only that but I was able to eat crêpes with a high school friend who I had not seen in a few years. By far one of the funniest things that happened on this trip was in McDonalds. We had not eaten all day and were in a rush so I ordered a McChicken. And when I took my first bite, I realized there was no chicken in my McChicken (lol). That was pretty disappointing, and all I wanted at that point was a drink. But yes, Paris was everything I imagined.
Next stop: Amsterdam, another city that I absolutely fell in love with. I was able to visit the Anne Frank House, the Van Gogh Museum, The Heineken Museum, the Red Light District, and sat through a canal tour. At the time it did not seem like I did much in Amsterdam because the vibe in the city is so chill. I loved the atmosphere and I never really felt rushed. And to top it all off, I ran into an old friend in front of the Van Gogh Museum (it’s crazy). The one low of our trip was the hostel. There were two random guys in our suite who were just awkward (I don’t know how else to put it). But overall, I loved the city and bought some great souvenirs.
Third stop: Venice. Wow, what a beauty. Very calm, peaceful and colorful. The girls and I actually stayed in Murano, which is known for it’s unique and elegant glass making. And we were actually able to visit the Glass Museum. In addition, we visited Plaza de San Marcos and went inside the St. Mark’s Basilica, went on a gondola ride, and ate really good gelato and pasta. Venice by far was the most relaxing city, and also one of the funniest trips for me. The girls and I stayed in an Airbnb. We were able to cook, play card games, and drink wine. It was kind of like being back in a college apartment at Tufts or Skidmore. Definitely enjoyed the quality time with friends.
And last but not least, Rome. This city is beautiful don’t get me wrong, but I just don’t think it was the city for me. There were so many tourists, it was overwhelming, the people were rude, and I simply had bad luck. But I was able to visit the Trevi Fountain, the Coliseum, the Vatican City, the Pantheon, and I bought some dope souvenirs for the family. Oh, and the gelato was amazing. So overall, I liked Rome until my phone was stolen on one of the worst bus rides I have ever experienced. But I guess everything happens for a reason. I was just sad to see all my photos disappear.

Regardless, each city had its highs and lows, but one thing I learned for sure is that traveling is really exhausting. However, very city taught me something and allowed me to create amazing memories with friends. These experiences will never be forgotten and will contribute to my growth as I enter the adult world.