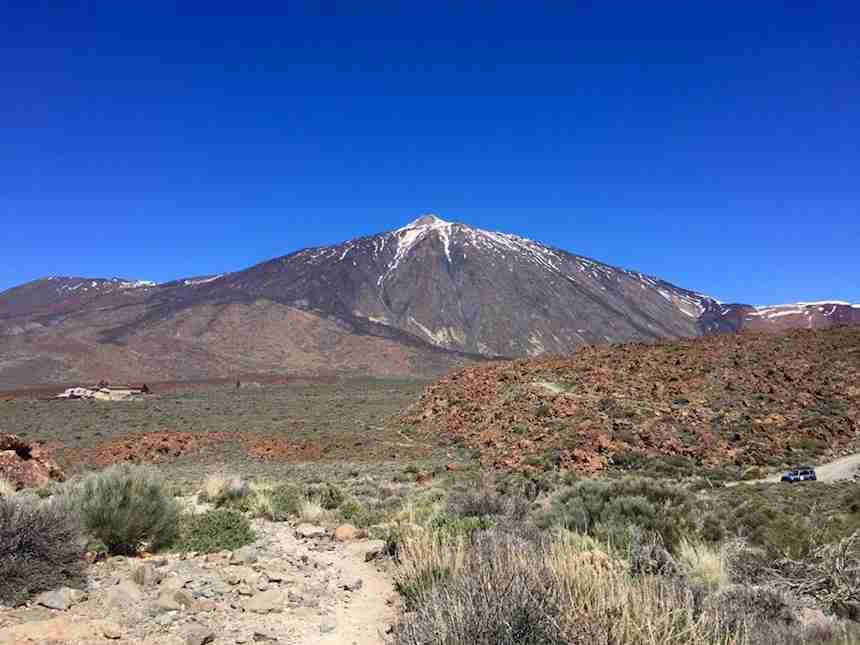 LIZA LEONARD- As wonderful as Madrid and Alcalá are, there is no getting around the fact that they are completely land-locked. They are located in the center of Spain, with no glimpse of Ocean in any direction. I grew up in Connecticut, in a town on the Long Island Sound. Though I have not realized it before, the coast and the ocean are an important part of my life. The water somehow calms me and makes me feel connected to where I am in the world. For spring break planning, my priorities were sunshine and water and the chance to be outside everyday.
I feel extremely fortunate that I saw open, blue water every single day of my Semana Santa. I feel even more fortunate that I never put my two best friends out of my sight. They are positive, open-minded, and compassionate people that made traveling a complete riot. As we navigated an island, a city, too many bus stations, and just enough grocery stores, all with our back packing backpacks and our lack of planning, we were able to find the humor and the wonder in every situation we encountered. More importantly, we seem to have keen, innate sense of how to get to the beach.
The first stop of Spring Break was Tenerife, the biggest of the Spanish Canary Islands. The geography is interesting because the Southern region of the island has a dry, dessert terrain and is known for its beaches while the North is cooler, more green, and more mountainous. The center of the island is occupied by a massive volcanic mountain, el Teide, which is the tallest mountain in Spain.
As a result of our lack of planning and our awesome luck, we ended up at a secluded beach, el Medano, that is removed from the tourist areas, and is known for it’s surfing. We selected “Casa Grande Surf Hostel” for it’s cheap beds and availability before we embarked and ended up at a legitimate surf hostel housing avid kite-surfers from all over the world. Even better, the hostel was 20 meters from a black-sand beach.
Instead of waking up to go surfing, we woke up to run along the beach and run up the small mountain at the end of the strip of sand. From there, there was a stunning vista of the blue that was all around—the hundreds of kite surfers off the coast of el Medano to the left and the never-ending blue water to the right of the the outcropping of land. Next, there was a taller mountain called “Montaña Roja” that we would invariably have to walk up, covered in sweat but thrilled to be there. Of our three days in the South, we managed to make it to the top of “Roja” three times. Even though we talked about Pringles every time we were on the summit, it was still a victory to feel the fresh, salt air in our lungs and treat ourselves to the healthy rush of being up high with water all around. 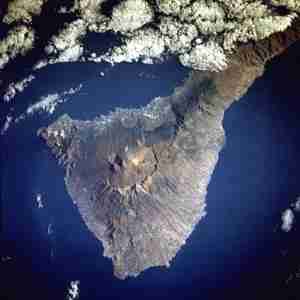 From el Medano, we journeyed up the coast to the Northern part of the Island. Even though we were in a mountain town, El Orotava, its location on a steep hill still allowed for Ocean views. I loved the North because it was lush and green and the towns were set into the mountain hills that ran down into the ocean. From our location, we could look up and see clouds spilling down over green mountains and look down and see colorful rooftops overlapping and running down into the sea. The day after we arrived, we took a trip to el Teide national park. The bus trip itself was stunning. For most of the hour-long bus ride, we could see ocean views out one window and steep mountain terrain out the other. Next, we traveled through dense forests with areas of snow before finally rising about the tree line. The park itself was big and open, with an impressive view of El Teide. There were many trails and smaller peaks that were perfect for us to walk around and enjoy the landscape. My favorite part was the sense of altitude. The clouds felt close and rested upon some of the smaller peaks.
Tenerife was beautiful and surprising. I was blown away by everything I encountered. One of my favorite experiences on the Island was meeting our fellow hostel mates and learning about their experiences. We met surfers, other students, a woman that was writing a wellness plan, a young pete-farmer from New Zealand, and a guy from Michigan who moved to Spain to teach English. It was striking that they all ended up on Tenerife, a small island off the coast of Africa, to delight in its natural beauty.
I also loved the local culture on the Island. Down South, we partook in local music one night in the main square of el Medano where locals were outside, dancing to a live band. The next night, we went to a Full Moon Party in the middle of the dessert to celebrate in the monthly occasion. We heard about the party by word of mouth. Apparently there is a “Full Moon Party” once a month, and we happened to be there at the right time. We followed our more knowledgeable hostel friends (they were nice, don’t worry mom) into the nearby dessert and encountered a dance party in the middle of rock formations. The dessert itself was the stage, and rocks provided vantage points to see the scene from up high. It was like nothing I have ever seen before. It was remote, otherworldly, and full of energy. Probably because of all that lunar energy!
The second part of my Semana Santa was spent in Portugal. Specifically, we were in Lisbon and Estoril, both coastal cities. Again, being on the water was awesome because of that indescribable sense of peace the presence of the ocean brings. Lisbon, as a city, was surprising to me because of its color and its size. There was color everywhere! The people were friendly and seemed to be dressed more flamboyantly than people in other European cities, the buildings were bright and many were covered in colorful patterned tiles, and there was sunshine and art everywhere. One of my favorite days in Lisbon was spent with a picnic lunch at the marina followed by hours of wandering around getting lost in the city. Finally, when were were about to collapse, we stumbled upon a magical little garden, Jardin de Estrela, where we sat for hours and soaked up the sights of Portuguese families playing and Portuguese teenagers sitting in circles of friends drinking and talking. I enjoy slowing down enough to notice what is going on in a city. We even made a friend, Marta, who worked at the café in the garden. She was surprised to find out that were American because we were so “simpatico” or nice. It is too bad that American travelers have a bad reputation, but it is always great to disprove the stereotype, as well.
Our next stop, Estoril was a coastal town north-west of Lisbon. It had beautiful beaches and was situated on a commuter train-line that made it easy to travel to other towns along the coast. My favorite town was Cascais, a town known for its harbor. My favorite part though, was the amazing vegetarian restaurant that we happened to discover. After months in a city famous for jamón, I was overjoyed to be filling up on my favorite vegetables. With the combination of the ocean and the vegetarian oasis, I felt full and connected to the place, even though I was only there for a short amount of time.

For me, when traveling, it is easy to feel confused by the fluctuation in location. I sometimes feel a sensation of being lost, of not being able to believe where I am. In these moments, I remember to be grateful for my ability to take my travels with me in the form of memories and experiences that will inform me going forward. I also form connections as I go. This Spring break, I formed connections to the physical places that I visited, to their beautiful shores and coasts, to their mountains and to their sights, and also to the people they were filled with. I will remember the people I met, and I will remember their stories as points of reference. I will appreciate their love of adventure as I embark on more adventures of my own. Lastly, I will remember and appreciate my traveling companions who I am now closer to than ever. They will continuously remind me to go with the flow, enjoy what I am doing in the moment, be kind, and seek out the nearest beach.