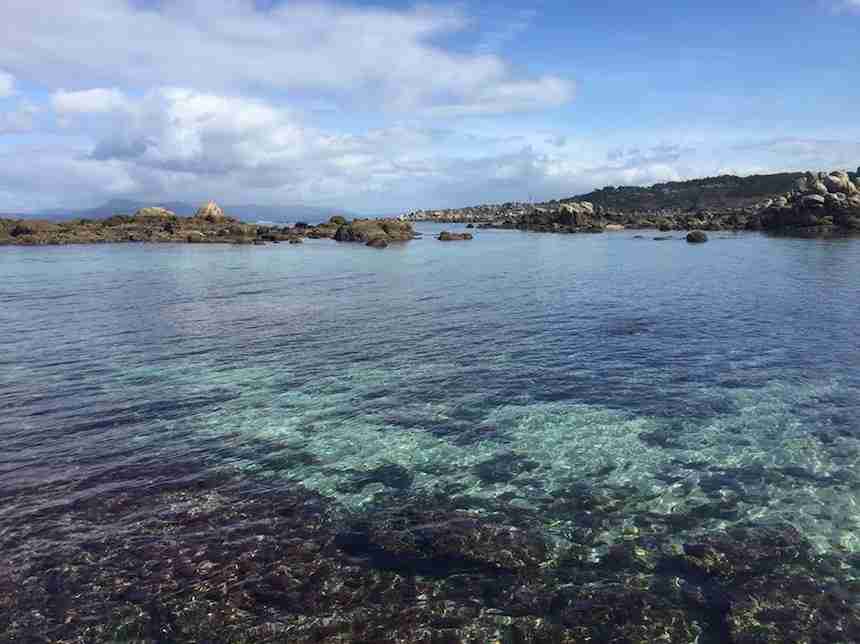 LIZA LEONARD- I feel like I went to Narnia and back. I entered into a world I had never seen before, and it looked a little strange, and I came back, feeling a little disoriented.
The Narnia I speak of is the five-day field trip I went on with my “Recursos Marinos” class that I take at the University of Alcalá. Luckily, my friends Sarah and Brad are in the class too. Without them on the trip, the whole thing would have been unrecognizable.
The trip was to Galicia, specifically el O Grove on the North West coast of Spain. The objective of the excursion was to learn about marine species and coastal areas first-hand, but I believe that the sum of the five days added up to much more than that. The trip reminded me how to be uncomfortable, how to be an outsider, and how to be OK with it. Brad, Sarah, and I are the only Americans in a class full of 4th year students in the Environmental Studies program at the University of Alcalá. Many of the students had known each other for all of their University career.
Just as we thought many aspects of the trip were weird, we also probably seemed pretty strange. We were there mostly to observe marine species and study them. As this was the basis of the class, most of the students were familiar with the species. However, we had the disadvantage of a limited vocabulary. If we were looking at a Sea Urchin, a species I definitely know and can recognize upon site, I would have no idea how to do it in Spanish. The gap in the language became emphasized, and it seemed as though we were on a marine biology fieldtrip without ever having seen a fish before.
We wore funny hats (it was raining!) and felt sick after eating too many french fries too many days in a row (the dining room offerings) and subsequently skipped a few of the free dinners. I am sure we were very funny to watch, as we tried to converse in Spanish, tried to make friends and participate in all the experiments and whisper in our secret language when we needed a break.
The Spanish students were intriguing, as well. It was shocking how many chain smokers there were in the group (they are all environmental studies majors!) and it was interesting to talk to them about their ages and their backgrounds. They were like college kids anywhere, with their piercings and their groups of friends and their jokes, but yet it was a completely different environment. It was a funny place to be in—in the epicenter of all that culture that I have been eating up in bites and tears all semester but never swallowing whole. The field trip plopped us right in the center of another world—with all its rules and groups and vocabulary—and all we could do was be there, appreciating it for what it was.

Galicia, and the coasts and the beaches, were gorgeous. We saw three distinct beaches and intertidal zones and some of the clearest blues and greens I have seen in Spain. We went a fish market, dug up the sand, combed for shells, and tried to pull worms out of the ground. We saw cangrejos, pulpos, gusanos del mar, ophiura, balunus, and beautiful estrellas del mar. And I am not going to translate these for you, because even they are common species that even a Spanish first grader could identify, I would like you to feel like we did, if only for a moment. 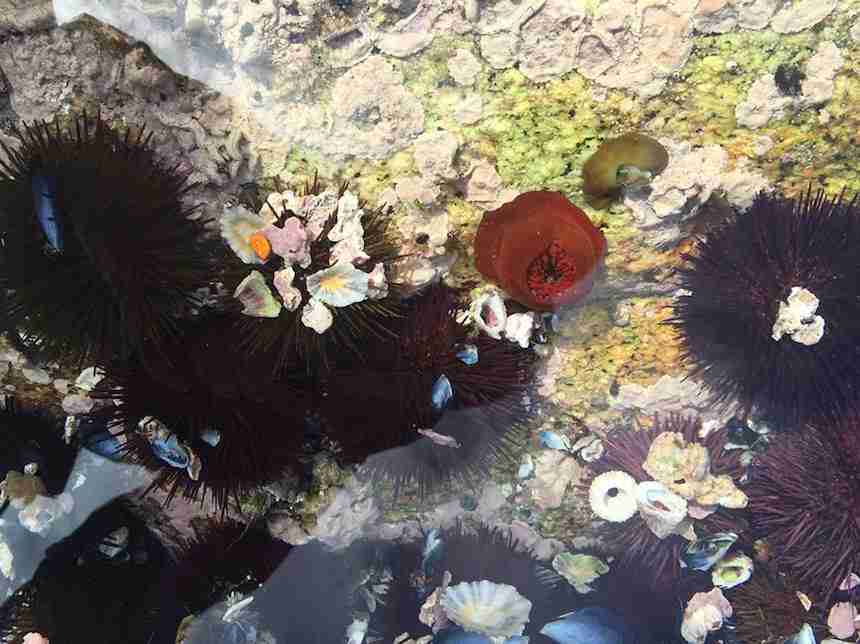