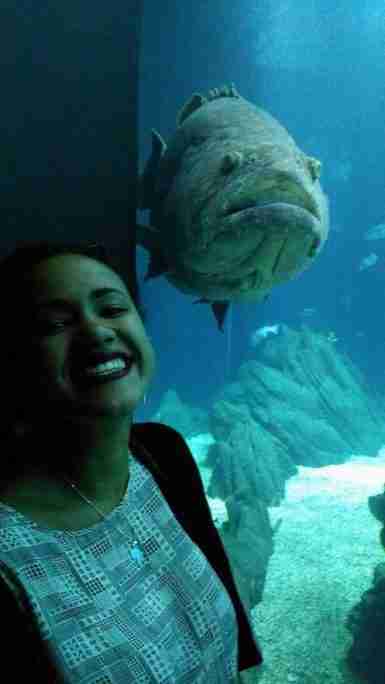 CHRISTINE MAKUWA- Studying abroad can be an incredibly stressful and overwhelming time for a variety of reasons. From finding yourself thousands of miles away from close friends and family to simply speaking a language that is not yet your own and not knowing how to order water without being charged 3.50€ for a tiny bottle. One of the best things about the Tufts-Skidmore Spain program, in my opinion, is the emphasis that is placed on mindfulness – on the practice of acknowledging your feelings and reactions to whatever stimuli you encounter.

As I alluded to in my first blog post, the biggest source of my abroad-stress is running out of time and not being able to do all the things I hoped to do or concretely planned on doing. In order to ease this anxiety and maximize present and future enjoyment and experience, I started saying yes to pre-planned activities and put effort into planning my own travel. So, in the last week I spent three days in Lisbon, became best friends with a very large and old looking fish, planned a day trip to Toledo, bought plane tickets to Tangier, Ireland, London, Venice, Prague and Amsterdam, attended an urban art tour in Lavapiés, went to a Kraft beer tasting, got a cold, learned 277+ Spanish vocab words and decided to stay in Madrid for a full year. It’s been hectic, but I’ve decided my active response to abroad-stress and my direct response to “¡Aprovecha!”* is rooted in speedy decisions and Ryanair flights and not just enjoying my café con leche or Delina’s salad.
*the imperative form of aprovechar meaning “take advantage” or simply enjoy 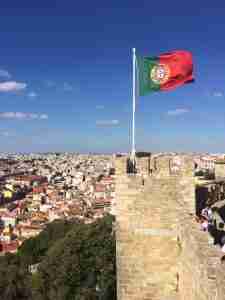 Last weekend I went to Lisbon, Portugal for my birthday with a wild group of friends from the program. It was my first weekend away from Madrid and I was eager to see if I would fall in love with Lisbon as many people have or if Lisbon would just prove to me how much I loved Madrid. I love travelling, wandering, exploring – whatever you want to call it – so I had the most relaxing, and enjoyable birthday imaginable. While I was certain that I would have a wonderful trip, I never would have guessed that one of my favourite activities would be visiting the Oceanarium. Even though I gave up going to what was referred to as the “open-air church,” “church with no ceiling” or “broken church” (Carmo Convent) and the Labirinto Lisboa, I got to spend about two and a half hours staring at fish. While that may not seem like an enjoyable past time for most, and some would even call it “un rollo” it was absolutely enthralling and I would strongly recommend it for anyone who goes to Lisbon. The Oceanarium was the last place I thought I’d end up, and the Labirinto and Carmo Convent were the main two places I wanted to see. What I had ~planned~ for Lisbon, didn’t happen, and on one hand I’m glad that my plans didn’t work out, because then I would have missed out on one of my best Lisbon memories. That said, had I gone to the Labirinto and the Carmo I probably would have had an equally amazing experience that I wouldn’t want to give up either. So, though having a plan when you’re travelling is crucial, it is often equally important to throw out that structure, and appreciate the view from wherever you end up – be it a rooftop bar (PARK bar, Lisbon) or a tower on top of a castle (Castelo de São Jorge).

Though I was blown away by Lisbon’s rustic beauty and history – Lisbon made me miss Madrid and I love it even more because of that. Even though I could communicate effectively in Portugal, because so much of the population speaks English, I certainly felt like I understood Madrid better and vice versa. Lisbon reminded me of the montón of things I still have left do and made me realize that to fully take advantage of my year abroad – I would have to spend that full year in Madrid, in Spain, and in Europe.