KATIE CAMPBELL- This week has been strange for me. First, it rained. A lot. I woke up this morning to the sound of pouring rain pounding on the skylight of my bedroom. My inner-Midwesterner briefly thought it was hailing before I realized I just hadn’t heard rain in a long time. I had gotten used to the dryness of Madrid, so seeing that the next five days are supposed to be rainy was startling, to say the least.
Second, I got stuck on the metro for the first time. While I’ve gotten used to long waits and trains that grind to a halt in between stations on the T in Boston, I’ve been impressed with how smoothly the Metro in Madrid runs. I should have realized that it was bound to happen sometime, but when I boarded my train home from Alonso Martinez at 8:30 pm, I was unpleasantly surprised when the train just didn’t move. As the doors opened and shut, whistles beeped, and the conductor climbed out of his car to try to find the problem, I was pleasantly surprised that the passengers in the cramped rush hour train stayed calm, rather than become visibly angry as I’ve become accustomed to when the T malfunctions. When the train finally moved one station and stopped again, few passengers appeared frustrated by the delay we experienced in getting home. Though we each breathed a sigh of relief to step out of the malfunctioning train at our respective stations, it was refreshing to see that city life, no matter where, experiences similar problems.
Third, this is the first week since I’ve been in Madrid that I’ve really had to do the “study” part of study abroad. That’s not to say that I haven’t been doing my homework for my classes, but I’ve definitely noticed that I have had much less work here in Madrid than during an average week at Tufts. Coming home to Madrid after three weekends of travelling was a startling wake-up call to the fact that there is indeed stress when studying abroad. I suddenly didn’t have extra time to spend catching up with friends between classes. The atmosphere at the Program Center swiftly changed from a lively space, to one of a barely discernable tension. Rather than sitting lazily on the couches, students shifted their focus from each other to the computers to practice vocab flashcards on quizlet, edit papers, and finish up forgotten readings.
As the semester is finally legitimately underway, and we begin to truly settle into our routines of program classes, university classes (or in my case teaching English recitation), internships, commuting, family-time, travel, and keeping in touch with everyone back in the US, we have found that the days fly by. Our free time so far has been filled with getting to know each other and our new surroundings; and the lighter workload at the beginning of the semester has allowed us the freedom to forget about the daily stresses of going to school at top-tier universities. Unfortunately, the reality that we are studying abroad has hit many of us pretty hard this week. Although being in Spain may seem like it’s all fun and games (and so far it’s been a pretty fun experience!), I’ve overheard numerous students in the program share the sentiment that they haven’t gotten very much sleep this week because they have too much work to do. 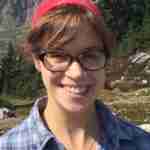 Though I’ve been feeling similarly to my fellow students in the program, I’ve definitely found that I have more motivation to get my work done early here in Madrid. My desire to explore the city, eagerness to travel, and the plethora of cute cafes has encouraged me to organize my time more than I do at Tufts. Obviously this isn’t how everyone here feels, but I’ll just leave a reminder to my fellow students during midterms both here in Madrid and back in the US: take a deep breath, show yourself some compassion, and make sure you are sleeping; we will all get through this.