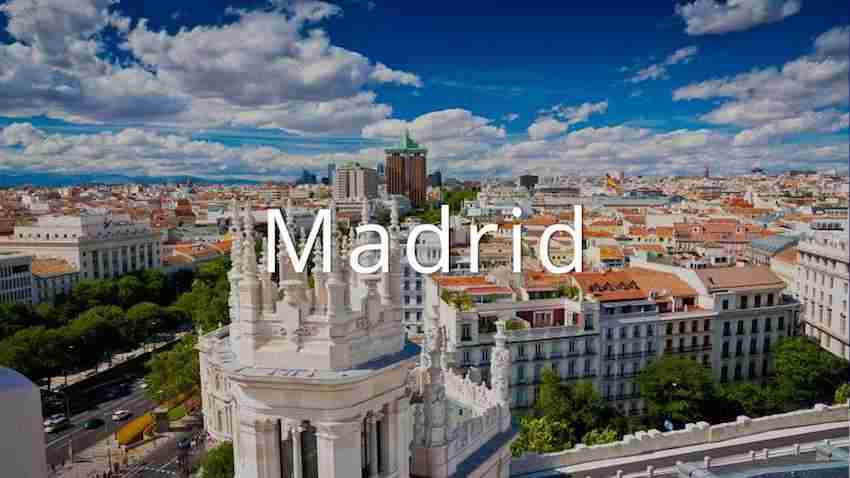 CHRISTINE MAKUWA- When I left America for the summer, I had no idea when I would be going back. I knew that there was a chance that I wouldn’t return for a year, but I wasn’t sure where exactly I would be during that year. So, I packed for a myriad of destinations and seasons: winter/summer in Zimbabwe; summer and fall in Spain; and winter/spring/monsoon season in some other country. As such, I landed in Madrid with double the amount of luggage the program recommends with both my suitcases being incredibly overweight.

The decision to spend my entire junior year abroad was certainly not an easy one to make; but on some level I’d known since the start of sophomore year that that was what I wanted. I’ve always loved travelling, and having been fortunate enough to come from a very international background I relished in the forthcoming challenges of cultural adaption and the study abroad experience. After my first meeting with Susan (Program Director), I knew that I was going to love my semester in Madrid and more than that, I knew in the most arrogant way possible that I would be great at it. I looked forward to the cultural and language immersion, to the Spanish night life and the accessibility of Europe – I’d spent almost my entire life envisioning myself living in Europe and it was finally going to become a reality, and I was thrilled. But all that pent up excitement and the immediacy made it so real that before I’d even bought my plane ticket, I thought what’s next? I already wanted another abroad experience, and I wanted one in a “more exotic” country (yes, I am ashamed of that characterization). I wanted to challenge myself by spending my spring semester in a totally foreign place without the crutch of a Tufts program. As such, I started looking into Yonsei University’s study abroad program. One of my best friends from high school currently attends Yonsei (located in Seoul, South Korea) so it seemed like the perfect fit. I loved the idea of going to place where I didn’t speak the language and knew virtually no one. I knew that it would be incredibly difficult but also that it would be an undeniably unique and eye opening experience. In addition to that, I wanted to prove to myself that I could adapt to new situations and new cultures at the drop of a hat – an important characteristic given my desire for a career that lets me work internationally.

When I landed in Madrid, I was 100% secure in my decision to spend Spring semester in Seoul. But, after two weeks here, and several stressful attempts to plan trips to numerous European countries – I started to think about the prospect of staying in Madrid for the full year. At first I dismissed the idea thinking that I was just in the honeymoon phase of the abroad experience and that eventually my euphoria would settle into an unremarkable state of contentment. In the back of my mind, I was waiting for that crash, and between IFG, and other mindfulness related meetings, I felt prepared to deal with it whenever it came. Shockingly, it hasn’t happened yet. Instead, I have fallen in love with Madrid, with Spanish culture, the language, the people, the day to day schedule, basically everything (except tortilla de patatas, sorry Spain). I’ve stopped waiting for my happy bubble to burst and have been working on making it impenetrable by undeniably irritating inconveniences like going to the Autónoma in search of a class that I was convinced didn’t exist because it was simply not where it was supposed to be for the first two weeks (I have since found the class, and it’s going great). I’m picturing myself walking through Malasaña (the oldest neighbourhood in Madrid, and my personal favourite), and being continually surprised at the insatiable desire for joy and laughter that all Spaniards seem to share. I’m letting Madrid feel like home.

I realized a week ago, that Madrid had definitively become my new favourite city and I found myself dreading leaving after less than three weeks. I started having to remind myself that even though I would eventually leave Madrid, I would have a totally new and probably equally incredible experience waiting for me in Seoul. Fast forward to today where my biggest problem is deciding between two phenomenal opportunities. Should I stay in Madrid, where I know I’ll be happy? Or should I set off on another adventure, and potentially fall in love with another city? Is one decision blatantly wrong or is one just more right than the other?