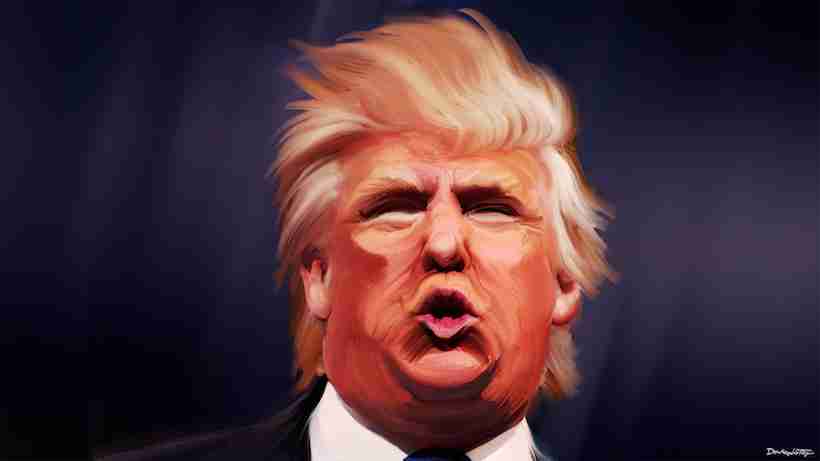 GABRIEL CANO- As I’m sure all of you have heard, Donald Trump has transformed from a farcical joke and orange punchline into the most powerful human being on the face of the Earth quite literally overnight. In the end, none of the countless John Oliver and Trevor Noah monologues, hilarious pro Hillary celebrity campaign videos, lopsided presidential debates, and plain old common sense could make a difference. The American people have spoken—a racist, homophobic, certified sexual predator (who has a child rape case coming up) is our nation’s leader for the next 4 years. Watching all this unfold halfway around the world, I have come to the blunt realization that democrats such as myself have not (up until now) fully been able to comprehend the country that we live in. We wrongly assumed that our fellow Americans would never vote for a man so blatantly unqualified to be president.
Last night, I went to an election party organized by a group I found on Facebook called Democrats in Madrid. The party began at 11 at night and didn’t end until after 5 in the morning because of the 6 hour time difference Madrid has to the U.S. east coast. My friends and I drank beforehand, ready to celebrate this event as if it were Halloween or New Year’s Eve. With a large projector screen airing CNN in the background, I was having a great time— the place was literally a nightclub. Everyone seemed to be rowdy and social as if Hillary Clinton had already won, with loud roars sounding from the entire audience whenever the projector screen showed her winning a state. All the experts had predicted a moderate Hillary victory, and although defeat was not out of the question, I wasn’t too nervous for any other outcome (for the most part). As the party continued, Trump began winning the electoral votes of some states that he was NOT supposed to win, such as Michigan, Florida, and North Carolina. The ambience of the large room gradually changed; millennial Americans slowly put down their drinks and watched in disbelief as Trump’s lead grew and grew into the wee hours of the morning. As I finally got into my bed at almost 6 in the morning, the race still wasn’t officially decided. However, lying under the covers, I looked at some site on my phone, and it said that Trump had a 95% chance of winning. At the time, I was too tipsy and exhausted to really let this information sink in, so I just fell asleep with an ominous, painful weight in my stomach, feeling more uncertain of the world’s future than ever before.
Waking up to news of the official victory and the onslaught of all my friends’ Facebook statuses was worse than any hangover I’d ever experienced. For hours, I was too depressed to get out of my bed, not leaving my room until past 5:30 in the afternoon. Now still in utter shock, I feel naïve that I never truly considered that this nightmarish possibility could indeed become a reality. It’s true that my demographic (upper middle class white male) won’t be dramatically affected by this presidency, at least compared to other groups. However, I’m scared for my gay friends, for my African-American, Latino, and Muslim friends, for the women in my life whom I love. I’m terrified that the Supreme Court could eventually be filled with two more extremely conservative judges who will likely stay there for decades, and that the Republicans hold majorities in both the House of Representatives and the Senate. The fact that Trump is a role model for millions of children is deeply disturbing to me. White people (most of us voted for Trump, c’mon guys), it’s incredibly imperative that we mobilize to combat the rigged political system that makes us privileged while severely disadvantaging minorities.

Everyone must fight to uphold the progress we’ve made the last 8 years, and pave a way to future prosperity. No one can should hide in a cave for the next four years or even move to Canada—we need to be resilient. “Darkness cannot drive out darkness; only light can do that.” –MLK.