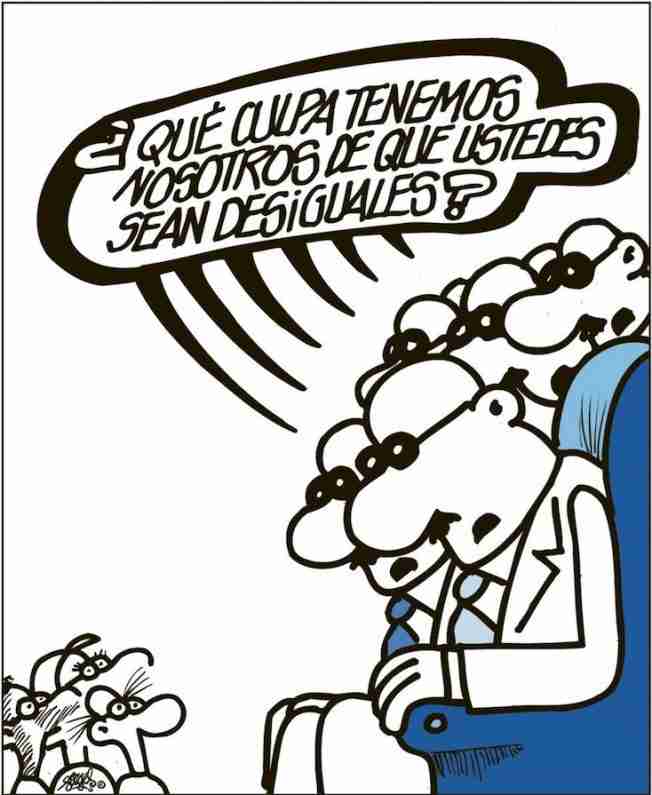 This semester, I am taking three program classes: the required Language class, En Boca de Mujer and Is Spain Different?. All three classes have been very enjoyable and I have learned so much. Having taken previous feminist literature classes, En Boca de Mujer has been an excellent comparative experience that has allowed me to expand my understanding of feminism in Spain and Latin America and as a global movement. Of my three classes, I am most surprised by the Spanish Language/Grammar class. I can say with absolute certainly that Grammar with Enrique is not only my favourite, but also the best Spanish class I’ve ever had. Whether it is because I’ve never taken a Spanish class as relevant as this one given that I am now in Spain and feel a pressing need to improve my vocabulary and grammatical accuracy – or – if it’s because Enrique’s inexhaustible energy and openness to questions makes the class that much more engaging and informative.

Professor Lobera’s “Is Spain Different” (ISD) class, has certainly been one of my favourites all semester long. The class focuses on Spain’s democratic transition beginning in the late 1970s and expanding on the social and political changes since then. The themes of the class were already enough to convince me to take it, but what make it unique is the class visits to various elements of Spanish political and social institutions. So far, we have visited a labour union, the Conferencia Episcopal Española, and the Congreso de Diputados.

ISD has certainly increased my awareness and understanding of the culture and society I have immersed myself in, and has allowed me to see things that I otherwise would not have. There have been two uncanny parallels between ISD readings/class discussions and my actual life. Firstly, the weekend I was in Barcelona, our readings were about the ever pressing Catalonian Independence movement. Secondly, and arguably most unsettling were the readings about Radical Right Wing Populist Parties in Europe that coincided with the tragic election of a fear mongering demagogue named Donald Trump as president of the United States of America. Reeling from the results of this election, I was floored by how accurately these two articles written in 1993 and explained how Trump gained enough ~popularity~ to be elected.

The articles discussed the anti-globalization sentiments and resentment towards immigrants that gave fuel to the creation and prevalence of Radical Right Wing Populist Parties (RRWP) around Europe – a process that begun almost two decades ago. These RRWP parties took advantage of the widespread resentment from people who felt that they had missed out on the benefits of Globalization and created a platform on which to appeal to these disaffected citizens. The isolation from ‘mainstream’ political parties, resentment towards immigration and profound anti-globalization sentiments are three things that I think most characterize Donald Trump’s campaign and many of his supporters. I am still having a hard time believing that the United States elected such a man, but the more I read about the US election, and the world wide phenomenon of the rise of RRWP parties exhibited through Brexit and France’s National Front Party (Presidential hopeful Marine LePen was one of the first European leaders to congratulate Trump’s win), the less I am surprised that it actually happened. Though I could never understand the feelings that drive people to support such platforms of hate; academic literature shows that it was almost inevitable.

Professor Lobera says that in terms of the power of Radical Right Wing Populist groups, Spain is in Phase 1 relative to the United States (phase 3), Britain (phase 2.5), and France (phase 2). Despite the widespread political disaffection in Spain and the prolonged effects of economic crisis, the relatively recent immigration into Spain has mitigated the rise of RRWP parties. However, there are no signs indicating that Spain will be able to avoid this fall to RRWPs. Even though they have yet to surface, the economic and political crises in addition to the increasing presence of migrants and refugees could only drive Spain closer to this fate. That said, I certainly hope that in this case, Spain can be different from the rest of Europe and the United States.

These two articles and our discussion during class, gave me very little hope for the future state of world – economically, politically and socially. It made me realize that history repeats itself and that no amount of academia predicting this eventuality can prevent it from happening. In order to not completely succumb to a pit of despair and distaste of the world, I keep telling myself that this is not the end – that people still have the power to create change. Even though my faith in people has dwindled over the last week, I have to believe that the power of people will be enough to fight the racist, sexist, misogynistic, homophobic, islamophobic etc. society that Donald Trump has given a voice to. More than that, I hope that Spain can evade this tragic fate and foster a nation built on love and acceptance as opposed to hate and bigotry.