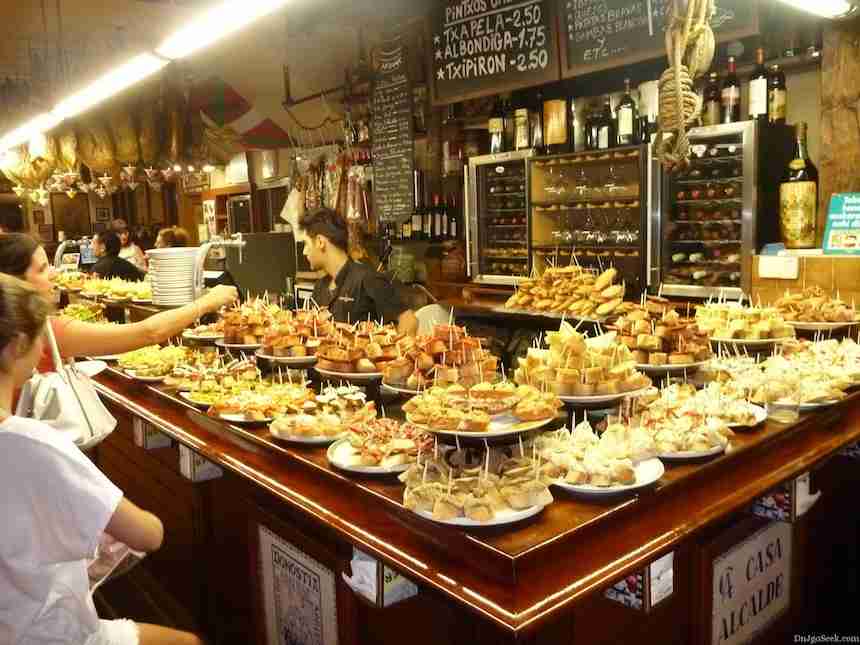 GABRIEL CANO- When I walk into a tapas bar and see all my options splayed out on the bar counter, an uncontrollably ravishing, euphoric arousal arises deep within me. A gastronomic animation of my soul, in other words. Meat platters consisting of jamón ibérico, chorizo, picadillo, and lomo embuchado! Tortillas españolas con carne y pimiento! Gambas a la plancha!! The list of delectable Spanish dishes goes on and on for what seems like an eternity. Given the proper amount of time, I could write an entire book solely centered on Spanish cuisine, describing how each tapa warms my soul and makes my taste buds jump for joy. I won’t do that because I’m no Anthony Bourdain and I value your time as a reader, so I’ll keep it relatively short by chronicling my last weekend of culinary excellence.
The previous Thursday night, I took the overnight bus up to San Sebastián to spend time with my father and his girlfriend Maggie, who were visiting me in Spain. San Sebastián is nothing short of an international food mecca, with the most three star Michelin ranked restaurants per capita of any city in the world. Anthony Bourdain, the legend himself, said in an interview that San Sebastián was his number one favorite place to eat out of the hundreds of fine dining hubs he’s visited across the globe! Even though we didn’t dine at any Michelin ranked establishments, the three of us did tour through a number of bustling pintxo bars! For those readers who are unaware, a pincho is essentially the equivalent of a tapa in Euskara, the language of the Basque Country where San Sebastián is located.
With San Sebastián located right on the coast of the Cantabrian Sea, it would have been a travesty not to order a plethora of fresh seafood (or itsaski in Euskara, which has absolutely zero in common with Castellano!). One highlight was definitely the calamari a la plancha– a la plancha is a Spanish term that refers to a method of searing food over a scalding metal plate. These are no understated dishes, as the chefs tend to be liberal with their seasonings. Upon taking my first bite of the rings and tentacles, my palate was hit with tinges of parsley leaf, lemon zest, finely chopped garlic, and red pepper flakes, all dashed with some chunky sea salt. Super yummy.
Another pincho that any self-respecting foodie absolutely needs on their bucket list is the morcilla cocida. Morcilla (or odolki in Euskara—my Basque vocabulary is steadily improving!) in Spanish means black pudding or blood sausage, which consists of pork blood, rice, fat, and onions. This morcilla is on a piece of bread, and a quail egg is then placed on top. I know the blood sausage sounds kind of gross, but trust me, you don’t want to miss this. Apart from being adventurous and trying out a cultural staple that one can’t easily obtain in the U.S., the salty, savory flavor will leave your taste buds begging for more. With a softer consistency than most meats, it has a very unique flavor which is difficult to describe. It’s not like sausage, and since blood is a main component, it tastes a bit iron-y, and the fattiness is definitely present. 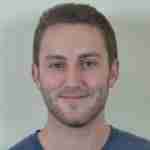 To conclude, food can be seen by many purely as fuel to keep the body going, but with this mindset, people are denying themselves of pleasures like no other on this Earth. Go out audaciously—step out of your comfort zone, try cultural staples while abroad, and have yourself an unforgettable culinary experience.