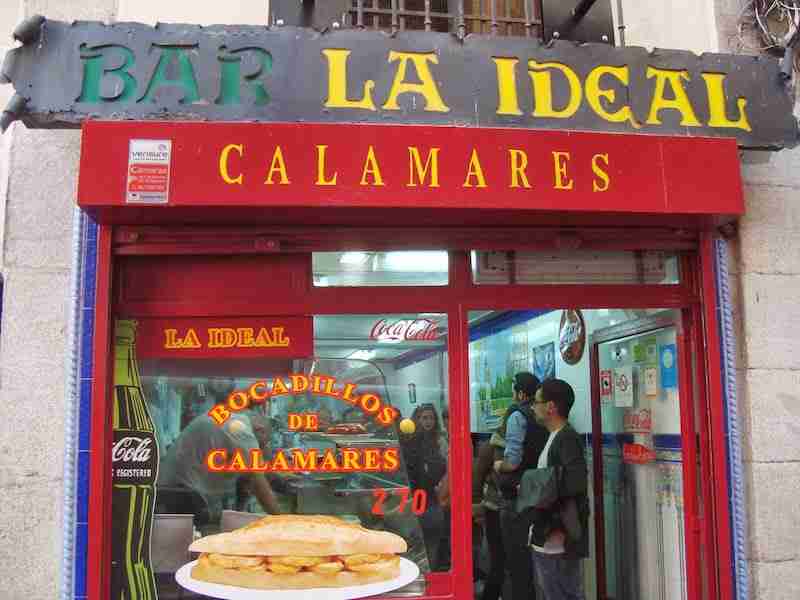 There was always going to be a post about the food.
When you think of typical Spanish cuisine, what do you think of? Paella, right? Tapas, of course. There’s a good chance you like a nice gazpacho to go with your lunch. Some people like to erroneously suggest that ceviche is a Spanish dish, when of course it comes from Latin America. Beyond that, though, it’s not easy to think of the Spanish gastronomy. I’m here to enlighten you.
You might think that, as Spain is a smaller country than the US, it has a much more uniform menu. That’s not true. Spain is about the size of Texas, and as anybody who’s spent a lot of time in Texas can tell you, it’s the size of at least five different countries. If you drive for long enough in any direction from Madrid, you’ll find the home of one of Spain’s unique dishes. If you hop on a thirty-minute train ride to Segovia, you’ll be immersed in all the cochinillo, which is basically fried piglet. That’s another thing I should mention. In Spain, they’re a whole lot less conflicted about eating baby animals. Every burger here is a veal burger. At the very least, it encourages me to try foods other than what I’d normally eat in America. Anyway, go further north, to Basque country, and you’ll find the best pintxos in the world (that’s pronounced peen-chose, by the way). You go up to the bar, choose a few of the little foods available there, and pay an equal price for everyone.
Aside from the pintxos, Basque country, and in fact most of Spain, has a large maritime tradition. If you want to eat octopus while you’re here (and trust me, you do), then it’s going to be Galician octopus, from the northwest corner of Spain. I’ve had so many fried calamari sandwiches while I’ve been here, of varying degrees of quality. Bacalao, or codfish, if you prefer, is all over the place. One of the oldest restaurants in Madrid, and in fact all of Europe, serves amazing fried cod with a small glass of wine or beer.
Then, if you go west, you’ll find Valencia, the home of paella. If you’re still in a seafood mood, then you can get a seafood paella with mussels, clams, shrimp, calamari, and, on one memorable occasion, crabs. For you herbivores, it comes in a vegetarian fashion. For all you unadventurous and picky eaters, it also comes with beef and chicken. Another quick word: never insinuate to a Spanish person that chorizo belongs in a paella. Chorizo is a spicy sausage—well, it’s what counts for spicy in Spain—that is really good if you mix it with rice and saffron and also maybe a few vegetables. But it’s absolutely not paella, but rather a very similar dish with absolutely nothing to do with Spanish cuisine. I call it payela.

The last place I’ve been to where I can speak for their food in any respect is Catalonia, home of the Sagrada Familia and anarchists during the Spanish civil war. I tried one unique Catalonian food while I was in Barcelona, and that was Pa amb tomaquet, which is essentially bread with a half a tomato and a quarter bottle of olive oil smothered on it. It’s very tasty.