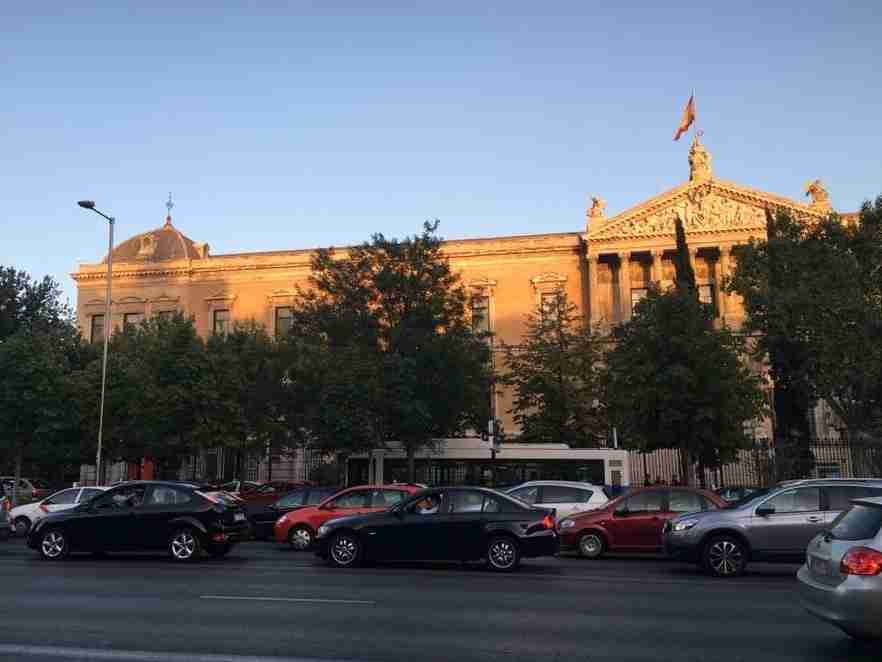 As I pack my bag to take to Rome and Paris for the weeklong break before finishing finals (which goes against every instinct I have as an American student), I have a lot of questions running through my mind. When will I write that 2,500 word paper if I don’t bring my laptop with me? Where can I print my boarding passes if the program center is closed? How will I fit makeup I buy in Paris in my liquids bag coming back? How much weight can I gain in pure carbs over the next week? Although my time studying abroad may not have given me all the answers to these questions immediately, it has given me the ability to handle them, on my own, with less anxiety and fear.

Even with this new confidence, most things I have learned while abroad I have learned through mistakes. These mistakes usually made me feel like a dumb idiot, but they were important, and I value them, and I can roll my eyes at myself but I know that it’s true. With less than two weeks physically in Madrid and only a handful of dinners with my host mom left, I’ve been reflecting more on these mistakes and would like to share some of them in the form of tips, tricks and lessons learned for anyone who plans to study abroad in Madrid in the future. I personally am often skeptical of advice, so no hard feelings if you choose to ignore them in favor of making the mistakes on your own time.

1. Don’t expect things to be the same, but keep in mind they’re not that different. Madrid is a city just like any other, full of working people and families and immigrants and elderly and homeless and tourists. Some people are many of these things. Expect to have certain ideas challenged, but don’t make Madrid out to be some foreign planet. It’s just Spain. That being said, small things in your daily life, like food, will probably be different just enough to be annoying or confusing. Pre-sliced sandwich bread is small and crustless. Milk doesn’t have to be refrigerated and is incredibly thin. Egg yolks are orange and barely ever runny. Grapes always have seeds. I will never stop going to grab a handful of grapes off the counter and being so, so sad every time I bite into a giant seed. These are silly things, and you get used to them, but they’re a regular reminder that this isn’t the place you’re from (if you’re an American like myself). And whatever you do, do not order eggs Benedict from Ojalá and expect it to taste American. It’s served on brown bread and the sauce is cold. No.

2. Keep an eye on your things, always. Before coming to Madrid, you’ll be warned extensively about pickpockets and the importance of carrying your belongings securely. Leave your passport at home, only carry as much cash as you need, put everything in front pockets, don’t put your phone on a table, etc. These are good rules to follow in any city full of tourists, and Madrid especially. I was proud of my ability to stay vigilant in my first few months in the city, but in the past 2 weeks, I have gotten comfortable and lazy and things have gone south. I’m lucky I haven’t lost my passport or had anything real taken (knock on wood, this has happened to many people), but I nearly had my phone stolen off the table at a lunch spot in Sol last weekend, and just yesterday left my newly-reloaded metro card right in the machine. It is gone forever, as is my 20€. In the words of John Mulaney, I am the dumbest boy in school.

3. Be kind to yourself. It goes without saying that you should be kind to others who treat you with dignity and respect, but some people, especially high-strung students in new environments, often forget to be nice to themselves. It can be very easy to get caught up in your situation and, when you make a mistake or start to feel bad, punish yourself for those actions or those feelings. Sometimes your unkindness can be more like neglect, by failing to take care of your physical and mental health in favor of working harder or faster or longer on something else. By living in a new cultural environment, speaking a (potentially) second language with native speakers and traveling throughout your time abroad, you are inherently going to be making mistakes all the time. I know I would feel so frustrated when I couldn’t communicate effectively, I would stop trying and beat myself up about it. I would feel guilty for not being more adventurous and kind, and I would squirm and think awful things if I saw myself speak on camera. I still do some of those things, but I’ve actively worked to be nicer to myself. In the end, that’s the only way to enjoy your time here and actually make discoveries about yourself and the world you’re exploring.