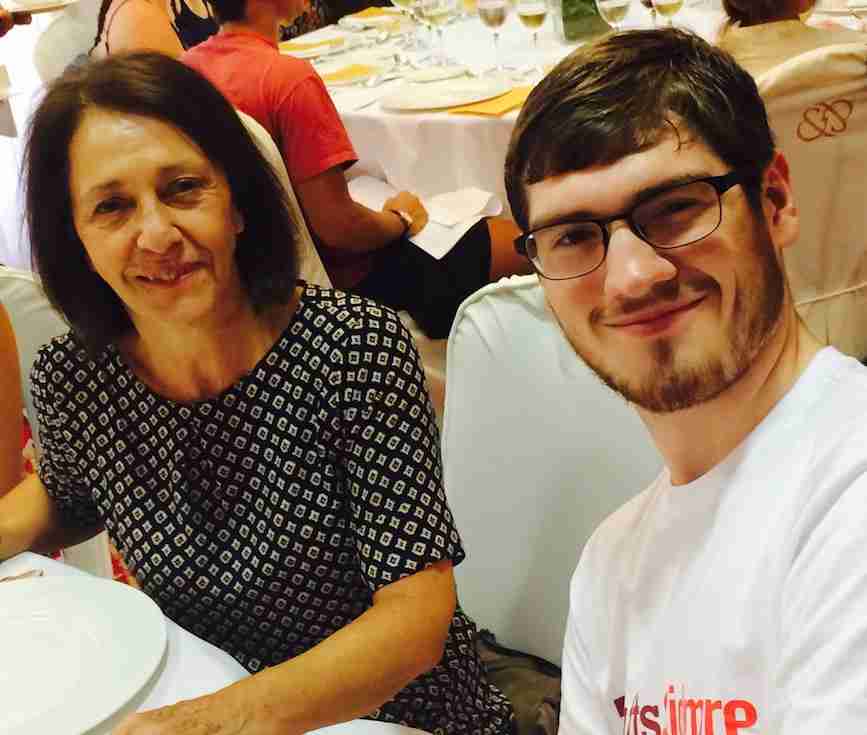 I’ve talked far too long without going on about my host family. Sure, I’ve offhandedly mentioned how wonderful they are or how they pointed me to El Rastro, but I haven’t gone in too deep about what makes them amazing people. I’m not sure I’ll be able to convey it here, but I’ll give it a try.
So the best place to begin is the beginning, so I’ll start with their names: Luisa and Antonio, but he prefers Chicho. They live equidistant from three metro stops: Avenida de América, Cruz del Rayo, and República Argentina. Chicho is such a big fan of Real Madrid that he yells out in joy whenever they score a goal, and his idea of a joke is to say the opposite of what is true. After I’ve eaten an entire plate of tortellini and Luisa asks if I enjoyed it, he’ll be quick to say, “No, he couldn’t stand it.” Always with a smile on his face, and always putting a smile on mine.
Luisa will actively choose to walk to a destination rather than take the bus, a feat that I haven’t been able to emulate. Luisa also happens to be an excellent cook, and I have almost always left the dinner table with a waddle from how much food I ate. She usually says “todo para ti,” which I have always taken literally. Chicho, for his part, makes a great gazpacho.
I’m going to be honest with you here: I was really nervous about having a host family. I came into this semester having barely ever spoken Spanish outside of a class. Because of a whole lot of social anxiety, I’ve only recently been able to talk to new people in English. And I was expected to live with two people for months with almost no idea what they’d be like or whether I’d enjoy the experience. We did talk a little during the summer over email, but not enough for me to get a feel for them. I was nervous right up until the moment Luisa came to pick me up from the hotel we were staying at for the first few days in Spain. Talking to her in person lifted a weight off of my chest—not totally, but enough—and talking to Chicho later in the apartment lifted the weight even more so. We talked about travel, food, my upcoming classes, and my nervousness with Spanish. While I hadn’t eased into Spain as my one and only true home forever that first day, my first meeting with Luisa and Chicho made me feel that I could find a home there, at least for a little while.

I was originally going to spend a year in Spain. I’m not doing that now, for a myriad of reasons, but my host family is not one of them. If anything, they made the choice harder for me to make my choice. I often find myself caught in the trap of self-reflection, and one of those reflections is that I should have chosen to go to Alcalá rather than Madrid. I try to imagine myself in that position, but I can’t picture my time in Spain without my host family. For me, they are as much a part of this place as the city itself.