Hello world! This is my first blog post, and I’m super excited. Almost as exciting as being halfway around the world from everything I’ve known my whole life for 5 months… (eek) but one thing at a time.

So last week I went to El Museo de América, you may be wondering “Yesenia, what’s that, is it awesome?” Well no, not at all. It’s a collection of items that figures like Columbus, Cortés and other colonizers stole as they committed mass genocide, pillaged, raped and conquered indigenous groups. Now you may be thinking “whoa this took a turn”, and you’d be right. I think it’s immensely important to recognize the colonial history of this country and the lasting impact that it has had on the world as a whole. You’ll probably visit if you’re in Spanish for Heritage Speakers or Transatlantic Literature, or even if you’re curious. I recommend you go, even if it is awful, it’s important.

While adjusting to Spanish life, if you are a person of color like myself, you’ll be quick to realize that this culture venerates Columbus. Not only do they have a museum dedicated to their glory days of “discovery”, they also have a train station named after him (Colón on the 2 line, that many of you will take to get to the program center), and a statue of him right in middle of a roundabout next to it, with one of the biggest flags in all of Madrid. #Patriotism

Spaniards, you’ll come to realize have a bit of historical amnesia, just as they’ve chosen to forget and move forward from the Franco era, they sure as heck forgot all about what their ancestor did to the indigenous people in America. Even in the museum, guides will take about artifacts in very matter-of-fact ways, “And this is a series of paintings” (depicting the mixing of race, and using words like Lobo to label a person that is black and indigenous, literally meaning that they are a “beast”, or a white person and an albino producing “a step backwards” in evolution because their child might be born black). Yup. Objects are also labeled with as little regard for their history as possible, things like “clay, vase 1400” with no other description, and objects from all over the world arbitrarily placed together, just because they look similar. I encourage you to go to this place and think critically about what is said and shown and what isn’t.

The people that you talk to about the colonial era might have views that skew from reality as well: “What Spaniards did was much more humane than what any other group did”, “we killed far less people than other nations”, you might even stumble on such problematic statements as “there isn’t a race issue here, we are all just spaniards” – a white spaniard. This can be frustrating, exhausting and very upsetting. One of the best resources that the program has, aside from unlimited counseling sessions, is an Intercultural Focus Group. There is an all student one, and another for students who identify as people of color. And it really helps. 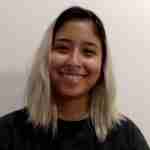 Wow, didn’t mean for this to get as deep as it did! But while Spain has so many wonderful things to offer, and it’s culture can be different and wonderful, it would be unfair to not mention the aspects of this society that exist in every country, but are expressed in particular ways as a result of it’s culture (Susan will probably tell you something along these lines too). The patriarchy is (super) strong here, as is racism, classism, transphobia, xenophobia and homophobia, but sadly this is not new to any part of the world. Perhaps by looking critically at the societal constructions of these issues here, we can reevaluate our own in the places where we come from and help to create change where we can.

View all posts by Yesenia Olivares →