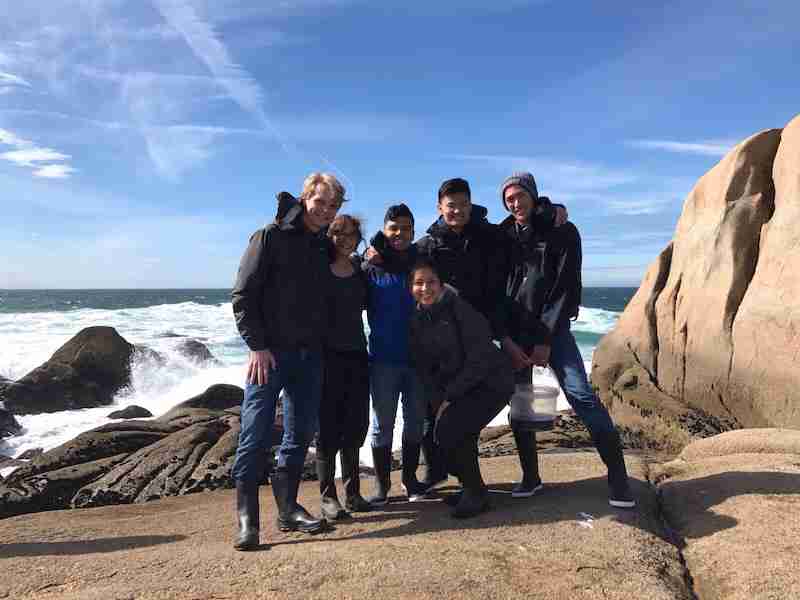 I was lucky enough to spend this past week in Galicia with my Universidad de Alcalá class: Recursos Marinos. Given that it’s basically a Marine Biology class, and there isn’t a significant body of water near Madrid, it made sense that we took a trip to an ecologically diverse marine region. Though many of my friends and professors saw this as a vacation, it really was a class trip. We spent the morning collecting specimens and in the afternoon we studied these species and worked on writing final papers. Overall, it was a beautiful week full of saltwater and new experiences.

I left my house before the sun had risen Monday morning to catch a train to Alcalá where we boarded a bus. Having returned from the program trip to Extremadura the night before, the six Americans on the trip were ready to spend the ride making up for lost sleep. During the past seven months, I’ve spend a fair amount of time on busses so I figured this trip would be the same as I was used to. I could not have been more wrong. While us Americans boarded the bus, popped in our headphones, and got ready to a nap, the 50 or so Spaniards spent the first few hours conversing loudly, no, shouting excitedly about the trip. Given that this group has been studying together for the past four years, they all know each other relatively well, and they seemed to be a rowdy bunch anyways. After surprisingly heavy traffic, an unplanned stop to repair something, 2 Hunger Games movies, a required break for the driver, and a lunch break, we finally arrived in O Grove, Pontevedra, Galicia.

The next day’s early wake-up call led us to an estuary beach where we hunted for and counted species including a variety of things that looked like worms and clams. After lunch, we visited the local fish market that works as a reverse auction where bidders push the price of seafood lower and lower. This was the freshest seafood you can get; most of the octopus were squirming, and many of the fish were still trying to breathe. In the evening, we sadly realized that there was actually a lot of work accompanying the trip, and worked on our group projects.

Wednesday, we went to the Costa Rocosa to see a different habitat: tide pools. It was a beautiful, sunny day spent collecting starfish, urchins, crabs, and other critters. I was sad not to get to see an octopus, but the incredible scenery certainly made up for it. In the afternoon, we took a quick trip to a mirador for incredible views of the coast and frogs.

Thursday was our last real day in Galicia. We visited our third habitat: a wide, sandy beach. Again, we collected specimens (many of which were just shells). After lunch, we had a boat ride into the Atlantic to see the platforms where mussels are farmed. On the way to the dock, it started pouring, but luckily the rain stopped long enough for us to feed fresh mussels to the seagulls onboard.

They fed us massive quantities of mussels on board, but we wanted to taste more of the local seafood, so we went to have tapas before dinner. Despite being what I thought was prime tapas time, only one bar was serving, so we made friends with the adorable older man who owns the place. We tasted pulpo, navajas, and chippirones while sipping local wine. 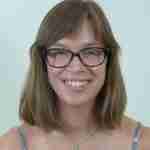 Thursday night was quite a celebration, given that we survived the trip. Juan, our professor, performed a Queimada in which a vat of a aguardiente (a Galician alcohol) is lit on fire to scare away witches. We took turns stirring the flaming pot and taking pictures with the witch hat. After the spectacle, we dispersed to spend a typical Spanish night out. When the bus left the next morning at 8 am there were plenty of students who hadn’t slept. All in all, it was a busy week of new experiences and new friends doing things I would never have had the opportunity to do otherwise here in Spain or in the US.

Yesenia Olivares, another one of our student bloggers, also went to Galicia and wrote about it.