It occurred to me this week over lunch with some friends that we have all accumulated a plethora of funny and embarrassing cultural mishaps over the last six weeks. Whether it’s saying the wrong word, a miscommunication with our host families, or “dos besos” gone wrong, the list of stories goes on and on. As we were reliving some of the highlights, we realized we’d actually learned quite a bit through our errors, so for your enjoyment I figured I would share some of the lessons and absurdities we have come up with so far…

Lesson #1: Smiling is different here?
In our cultural training at the beginning of the semester, we were warned that our American tendency to smile at strangers in the street or out of politeness does NOT fly in Spain. When you smile at someone here, it implies that you know them in some way or would like to talk to them. My good pal Meg Thode (Tufts ‘19) shared a hilariously unfortunate example of this: One day while sitting in her International Economics class at the Universidad de Alcalá, Meg was smiling politely while listening to her professor put a problem on the board. When he turned around to face the class and continue the lecture, he noticed Meg smiling and asked, in front of the entire class, “You… why are you smiling?” to which Meg responded, flustered and unsure how to explain the socio-cultural difference to the meaning of smiling between our two countries, “Uhhh… I just love economics?” (Face-palm.)

Lesson #2: You have to ask for the check!
Here is one of my own… Contrary to what we are used to in the United States, waiters and servers in Spain will not bring the check until you ask for it. For instance, you can purchase a café con leche at a local cafe and the table you are sitting at has become your real-estate for as long as you want to sit there. That said, at some point you DO have to actually ask for the check. One day a few weeks ago, a few friends and I were in a wonderful restaurant called Makkila enjoying an epic menú del día. We’d chowed down on multiple courses of culinary bliss and were sitting in a mild food coma and sipping coffee. When we looked at our watches, we realized we’d been there for nearly two hours and we had to start making moves to get to class on time. We awkwardly tried to wave down our waiter for about fifteen minutes, which, in a relatively tiny restaurant, was wildly unsuccessful. Every time I would work up the courage to muster a loud “perdón?” the waitstaff would somehow avoid eye contact or not hear me. After about twenty minutes of this unsuccessful game, Meg turned to Maura and I and said, “I think maybe we are being held hostage?” Class was ticking closer and closer and we still had somehow managed to fail flagging down our waiter and were essentially stuck in the restaurant. Finally Maura worked up the courage to stand up from the table and physically get the check from a waiter, and we sprinted back toward Monte Esquinza. Moral of the story: “Sorry I’m late for class, I was being held hostage by a waiter who wouldn’t let me pay my bill” is not a valid excuse for tardiness.

Lesson #3: Host-Fams
“I asked my host Mom if I could walk around the house in my underwear. She said no.” –Christian Cain (my fellow blogger/Tufts Softball player!)

The fact of the matter is that, although we are all becoming very close and comfortable with our wonderful Spanish families, we are still living in a home that is not our own in a country we are not native to. That, along with the fact that Spanish is the second language for the majority of Tufts-Skid students, has led to our fair share of miscommunications. Luckily, our families are all wonderfully understanding! One night in the homestay of Maura Barry (Tufts ’19), her host Mom was explaining that they were going to be having “la sagna” for dinner that night. Maura asked, perplexed, what was in “la sagna.” Her host Mom, Pepa, was equally confused and starting explaining that it was a pasta dish with cheese and sauce. It wasn’t until her host-sister pointed out that it was the same word in English that Maura realized Pepa wasn’t saying “la sagna” (with the article “la”) but rather “LASAGNA,” a meal many of us have consumed our fair share of at home in the U.S.

Lesson #4: It’s okay to laugh at yourself. Because other people certainly will.
“It really boils down to I can’t understand a dang thing people are saying sometimes and then they laugh at me.” -Liam Brady

In my time abroad, I have come to the realization that it’s okay to laugh at myself, especially for the silly language mix ups or miscommunications that come with being immersed in a new culture. Whether it be describing an elderly person as “viejo” instead of the more politically correct version “mayor,” or mixing up the use of llegar/llevar from time to time, we’ve all had some hilarious off-moments with our Spanish brains. Justine came up with this unfortunate scenario while we were chatting about cultural mishaps this week:
“So for my first tour of UAM, a lovely young man with a very stuffy nose was our guide– he told us he was ‘constipado’ so I was thinking, poor guy, sounds horrible. He then proceeds to gesture to his nose and smile embarrassed. ‘Ohhh, I get it,’ I think, ‘Constipado. Like your nose is constipated. Congested… wow new vocabulary word. So I then proceed to just throw this around casually since everyone in the program is sick with the same cold at the time… constipada, constipado, here and there, bam bam… new vocab! Then some nights later, I’m sitting with my host family at the dining room table, eating hot dogs. The ketchup bottle is totally clogged. We were squeezing and squeezing and nothing comes out, so, with a fun smile, I say “está constipado” hoping they will appreciate my joke. No one laughs. It was uncomfortable.” 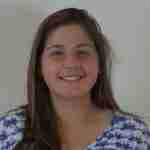 So there you have it, folks! While our first seven weeks have been chalk-full of learning opportunities and growing experiences, we’ve also had our fair share of laughs and absurdities… With many more to come! Stay tuned!

(Fun vocab word of the week: “Estoy constipado-” I am congested (or so we think!!!))