This semester I’ve had the opportunity to teach an English Conversation Class at the Autonomous University of Madrid with my friend Alex Brodeur! The class is essentially a recitation, meaning it’s a relaxed, informal class setting where the students of a particular language meet with a TA or someone similar to just chat and get a little more practice with the language. I was a little hesitant in the beginning to teach a class, but it’s turned out to be one of my favorite things I do every week. Alex and I planned for like an hour and a half for our first class, wrote out a lesson plan, and printed it out, which was definitely overkill but we were giddy and excited! Our pre-class preparation may have declined in the second half of the semester….Once the first class ended, Alex and I had grins on our faces for the entire day and just kept repeating, “That was so fun. Wasn’t that so fun?” We had such a blast teaching!! It was probably (most definitely) more of an experience for Alex and I than the actual students, but anyways….I found myself looking forward to the class every week and being super excited to see all the students.

Each week Alex and I try to touch on a relevant topic, tradition, or cultural practice of the United States. Alex grew up in Massachusetts, and I in Texas, so it’s actually been pretty funny to hear how different our experiences have been. I think at least once a class we talk about Tex-Mex….I’ve definitely tried to pave the way for the students to come visit Texas J. Probably our favorite activity to do is a debate. We typically pick a relatively trivial topic, like favorite pizza toppings, and divide the class into teams. In the pizza topping debate, one group was assigned peperoni, the other vegetable, and the third group pineapple (they had a tough case to defend). The debates get the students thinking a little more analytically and give them great practice speaking. Another activity we do every class is Highs and Lows, where each person shares their greatest moment of the week and their worst moment of the week. It’s been super cool to hear about each student’s life over the course of the semester. 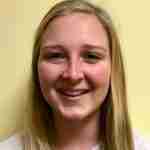 If you are studying abroad at some point and thinking about teaching an English Conversation Class, I would 100 percent recommend it! It’s a great way to make friends with locals and just all in all is a super good time. I think teaching the class with a partner is the way to go because you have twice the amount of ideas to work off of and have an additional person to keep the class running smoothly. This experience has opened my mind to the possibility of being an auxiliaries, an English-speaker who teaches English classes in Spain. The auxiliaries program is typically for younger adults who are recently out of college. So while you’re abroad, give it a shot: it’s definitely worth it!

View all posts by Christian Cain →