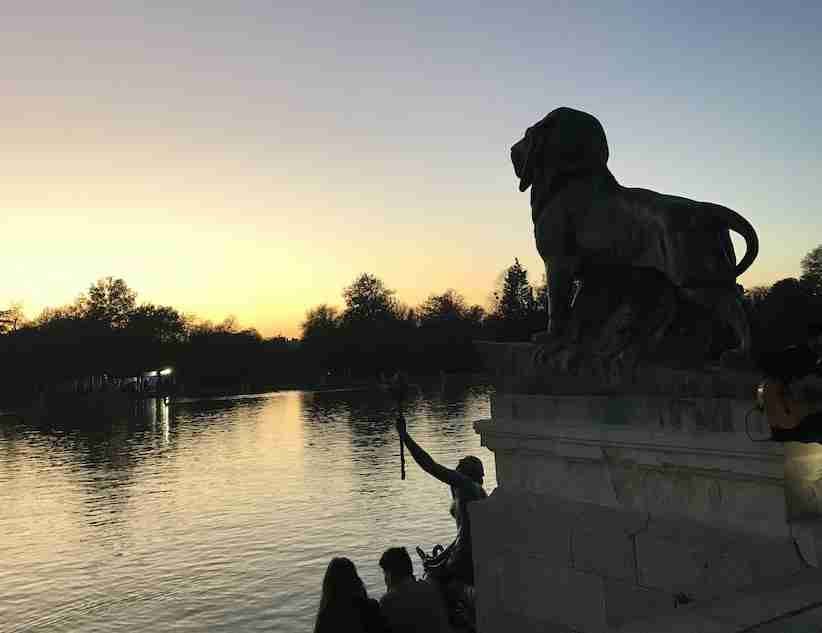 Well friends, we’ve made it. Ten weeks later, and you’ve reached the final edition of my blog for Tufts-Skidmore Spain. It’s absolutely loco just how fast this semester has flown by, and I can hardly believe I’m leaving Madrid in just 8 days (cue heavy sobbing). All across the program, students are finishing their drawings for Sketchbook, presenting projects, writing essays, and studying for exams. All the loose ends are starting to get tied up into a nice, end-of-the-semester bow (holiday pun intended).

Those who know me well know that I hate change. I’m a person of routine and any sort of abrupt change of routine makes me uncomfortable. I set roots. That’s why, when thinking about setting foot in Boston in a few weeks, I began to feel that stressed anxious feeling I get before change happens. While, obviously, I am excited to go home and see my family, I realized something important: I’ve set roots in Madrid over the last four months. This place has become comfortable and familiar, and I’m very sad to leave that feeling.

This week, while grabbing coffee with a friend (a phrase I have used time and time again), we started to think back and reminisce about all the cool, crazy, absurd, and excellent things we’ve done abroad and we had no idea where to begin. If my future self were to tell me all the things I would have done in a semester in Spain, I probably would have called myself crazy. For instance, I’ve watched the sunset from a vineyard deep in the countryside of La Rioja and climbed 237 stairs to the top of the Segovian castle. I swam in the crystal blue water of el Es Trenc in mid-October, wore a traditional German Dirndl to Oktoberfest, and rode a swing on a windy night 180 feet over the city of Amsterdam. I watched Cataluña declare independence, saw a Spanish boy band in concert, and sat in the seat of Mariano Rajoy mere hours before what was to be one of the most important Senate meetings in modern Spanish history. I watched the Eiffel tower sparkle at midnight, tasted the #1 rated cheese in the Europe, and danced around the streets of a small town dressed like a zombie. I traipsed through the Prado, the Reina Sofía, the Louvre, and the Guggenheim, played traditional Basque field games in Bilbao, and watched Cristiano Ronaldo score in front of a roaring crowd in Santiago Bernabeu. I have consumed more cafes con leche than I could possibly count, stayed out dancing until 6am and translated an EU document for a Spanish NGO. I got to witness my Dad grin as he set foot in the Mediterranean for the first time. Time and time again, Spain has surprised me.

When we arrived, it was explained just how valuable the process of “becoming local” would be in our abroad experience. That said, while Madrid has become very home-like, it has also been a constant source of adventure. Sure, not all adventures are positive, like getting pickpocketed or breaking my laptop midway through an essay on a 6 hour bus ride home from el País Vasco, but these were all pieces of an overarching puzzle that made up living in a foreign country, and for that I’m grateful.

So, for those who have tagged along with me (hey Mom and Dad), I say thank you. And as the 31 of us pack up our massive suitcases and fly home, we aren’t saying “Adiós,” just “Hasta luego.”