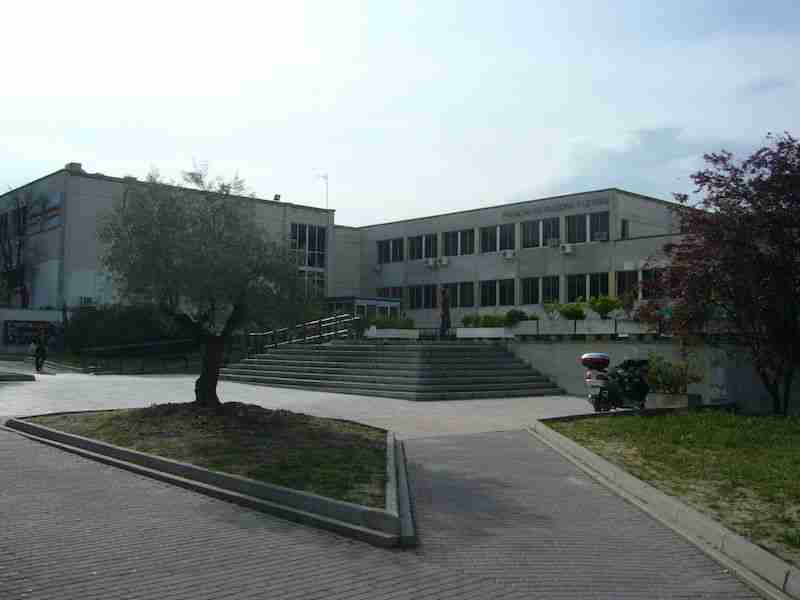 If you read the notes from my class at the university in Madrid, you would be confused. I am as well. “Very old, the north” they say, and then lower down, “Two twins. Death is life, they fight (sun is/and moon) to create world from the void. Water is a metaphor.” A bit lower, “A big rat?” This all pertains to the Mayan creation myths we’re studying, but sometimes it’s hard to see how.
My class, Pueblos Originarios de América Latina, or Original Peoples of Latin America, takes me twice a week about a half hour north of the city to the Universidad Autónoma de Madrid. The university, established in 1968, is architecturally a testament to what it looks like when you make all the buildings cement cubes. Not much it turns out, but how could they have known. Built outside the city to keep student demonstrations against the Franco regime contained, the doors of the C-3 train from Madrid open at the Cantoblanco stop to let out a flood of students into the university station, many of them late and all of them talking. Spanish students live at home and commute to class. They usually attend whatever public university is closest to their house, private being less prestigious and more expensive. “You don’t have public universities in the US, right?” I was asked on the train.
“We do,” I said, “they’re cheaper if you live in the state.”
“Not very public if you still have to pay.” A fair point, the price-tag just for living expenses at the University of Vermont would quadruple tuition at the Autonoma.

Each department at the UAM is like its own school with its own start date and exam period. My class is in the department of Filosofía y Letras, which includes much of the liberal arts and occupies the first cement cube from the train station. My professor, standing behind a microphone, enthusiastically takes us through mountains of images of Mayan and Olmec temples, palaces, art and pottery. Periodically, he stops and asks us what we are looking at. There was one class where somehow, the answer was always jaguar. Every image looked less like a jaguar, every time the students remained silent, unable to believe that this tile pattern could be a giant cat but unwilling to venture another guess. He takes pity on us.
“Aquí tenemos los ojos.” No one can believe it. “Here are the fangs. Here are the ears. Jaguar.”
In class, we see images of ruins of pre-Columbian American civilizations and learn about their crossings, diffusion, and unique organizations. In our readings, we focus on their mythology. If you haven’t before, check out the Popol Vuh, the story of the creation of the 4th and current universe of the Mayans. It’s full of magic, intrigue, and bat assassins. Without giving too many spoilers, the story focuses on two twin gods, who descend into the underworld to combat death, put out a sun, and secure the regeneration of life through, among other things, a ball game. But they never would have been born if their dad, who had tried his luck with a similar ploy before and lost his head for it, hadn’t had the resourcefulness to combine that head with a tree, meet a nice girl, and father them.

You might imagine it can be a difficult class to know if I’m understanding everything. For that, I’d like to give a huge thanks to my tutor, Mría Jose. I missed the first class, and didn’t have the handouts at the second. The professor suggested I share with the girl behind me. We’ve become friends, and she is incredibly helpful in reviewing my notes and showing me where I’ve missed a key phrase. Often, I will have a list of animals, but lack that they are the domesticated animals of a certain peoples, or a list of civilizations, but with no indication that their unifying characteristic is occupying the same region. In those moments, it just takes a quick read over on her part to put the meaning back in the words.
Overall, the class has been a huge positive, and a great way to feel involved in an important part of life for many Spaniards my age. An extra bonus: sometimes I run into the program’s Spanish mentors after class. After coming from Tufts, where I can’t walk across campus without running into someone, it goes a long way to see a familiar face.

View all posts by Henry Allison →