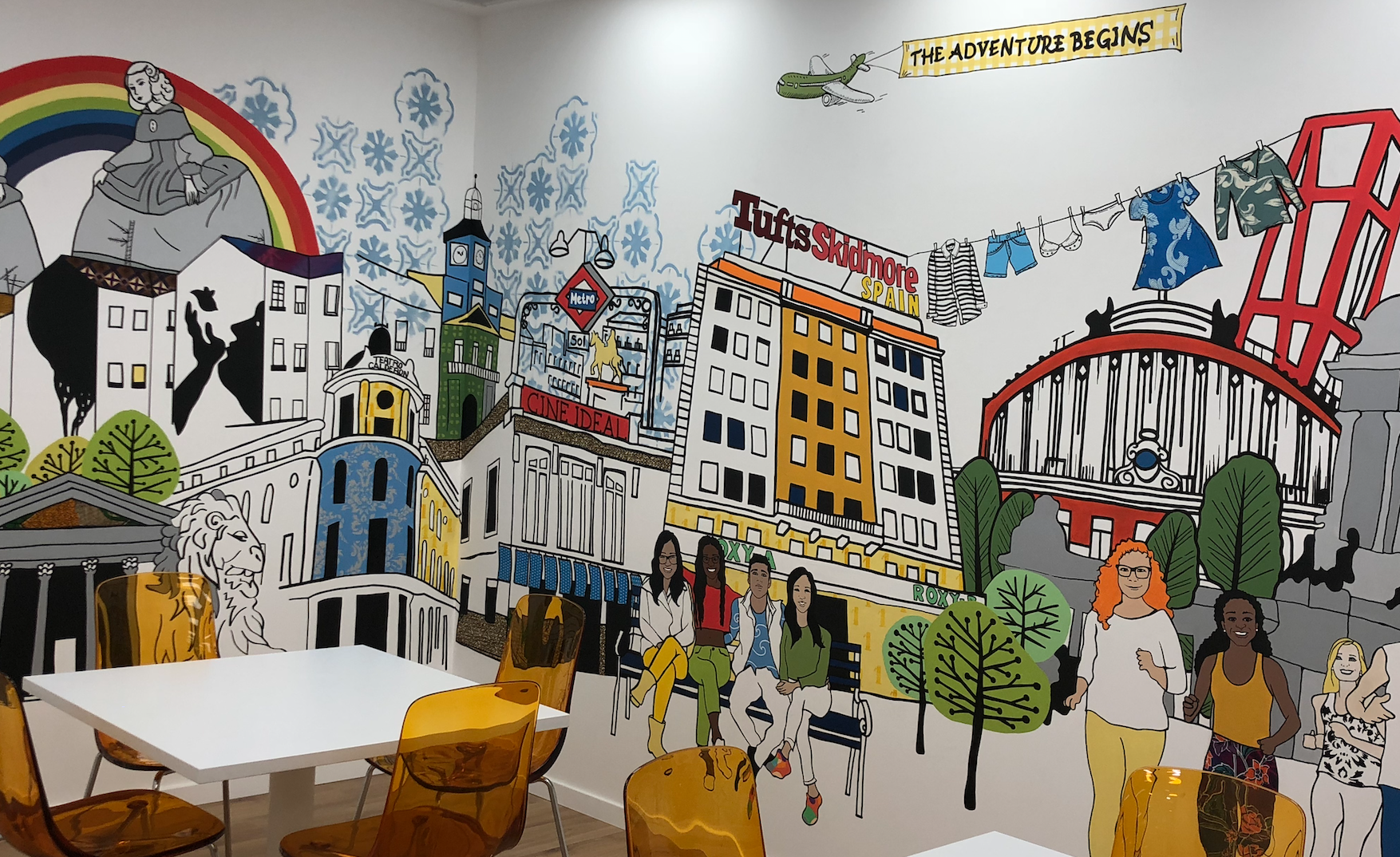 I think it is only right that I begin my Tufts-Skidmore Spain blogging with a glimpse of my classes here.  Like most students, I am currently taking four classes during my first semester, each individually worth four credits.  Aside from that, I am waiting to hear back from a potential internship that I would like to do during this fall semester.  My four classes consist of three program classes and one class at La Universidad Autónoma de Madrid which I will further discuss in a later blog.

Upon my arrival at Madrid, I was blown away at how kind the staff is.  I am double majoring in Linguistics and Spanish, so for the most part, every class I take here counts for one of my majors.  In the program center, which we all refer to as “la sede” now that we are here, I am taking Identities and Intersectionality in Spain, Heritage Spanish, and Discovering the Prado.  As an Afro-Latina, I felt it was almost crucial for me to take a class on identity and intersectionality in Spain, as both are things I will be contemplating a lot during my time here.  The professor of this class self-identifies as a lesbian black woman.  We have spoken a lot about the histories of different movements in Spain, such as the feminist movement and the LGTB movement.  It is crucial to know the history of Spanish movements before delving into issues that are current and ongoing despite whether we personally encounter them during our time here.  I love my class so far, and my professor is so well-versed in each topic.  The class is also very intimate in terms of its size, like most of the classes in la sede, which I really enjoy.  In total, we are four students.  It is very easy to get one-on-one attention from professors and have small debacles in class.

My Heritage Spanish class might be my favorite class in the entire sede, but I am very biased since Spanish is one of my majors and I love working on grammar.  My professor is named Miguel (yes, the professors at la sede tell us to call them by their first name), and he is impressively patient.  I grew up speaking Spanish as a first language, but of the other four students in my class, most either did not grow up speaking it that much or did not grow up writing it.  Nonetheless, the pace of the class does not bother me at all, and Miguel incorporates a lot of interesting activities to get us to work on things like Spanish verb tenses or public speaking in Spanish.  We often come across the topic of ethnic self-identity, too.

My last class in la sede is called “Discovering the Prado,” and it is just that.  It counts toward art history credit, but the professor, Alicia, makes it a point to all her students on the first day that it will not at all be an art history class.  Most of the classes take place in the National Prado Museum, and we observe art and learn to talk about and describe art.  The class is also very open to beginners, which was amazing to me because I truly do not know much about art.  It is a great way to immerse yourself in something beautiful in Madrid whilst getting accustomed to and trying to find beauty in Madrid.  Thus far, none of my classes have overwhelmed me with work, and all my professors have been understanding with when to announce homework assignments.  I am very excited to see how these three classes and my UAM class progress from now until December!

Nicole—or Nico for short—is an Afro-Latina from the Bronx, NY who dabbles in poetry, prose, photography, and vocalism. She has published two books to date, both written in English and Spanish.  She is currently attending Skidmore College with hopes to obtain two bachelor’s degrees for Spanish and Linguistics.  Her ultimate goal is to someday open a school for deaf children in the Dominican Republic.  She uses her writing to discuss taboo topics, like what it means to be a woman of color today’s world and how that shapes her perception.